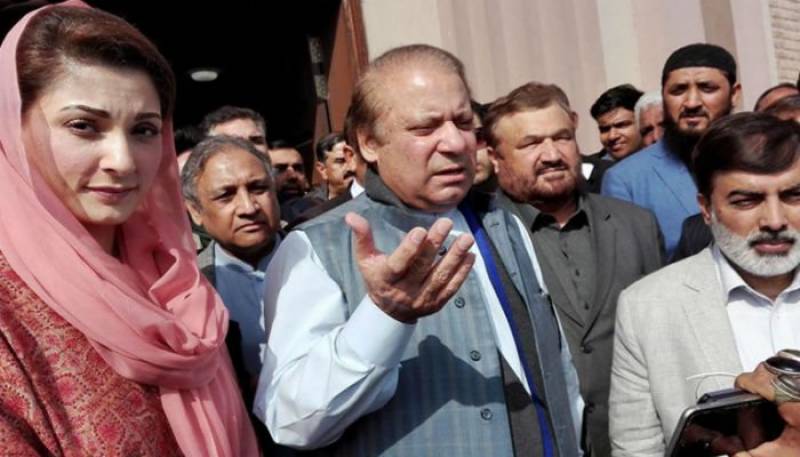 Earlier in the day, Accountability Court-I had sentenced Nawaz to a total of 11 years in prison and slapped a £8 million fine (Rs1.3 billion) in the Avenfield properties reference, while his daughter Maryam was sentenced to eight years with a £2 million fine (Rs335 million). <link> <link>

NAB sources claimed that the accountability bureau has been issued directives to arrest Nawaz and Maryam from the airport after they return to the country.

NAB will also get the arrest warrant of Capt (retd) Safdar from the accountability court and then arrest him.

The Avenfield properties reference was one of three filed by the National Accountability Bureau (NAB) last year in light of the Supreme Court's verdict against Nawaz in the Panama Papers case. The reference pertains to the ownership of the Sharif family's apartments at Avenfield House, London.

Following the verdict, Maryam and Safdar stand barred from contesting the July general election from Lahore and Mansehra, respectively.