Nawaz Sharif decides to return back to Pakistan within 48 hours: Report
6 Jul, 2018 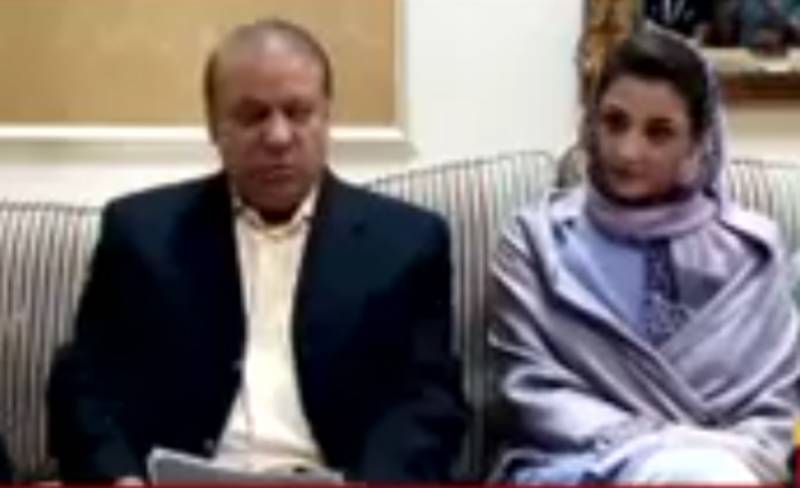 LONDON – Former prime minister Nawaz Sharif has said that he has been punished for changing the direction of the 70-year history of the country.

Addressing a press conference in response to the Avenfield verdict, he announced to return to the country immediately. “I will continue this struggle in jail,” he said.

He declared that he will not get political asylum. Reports have revealed that he may arrive in Pakistan on Sunday.

Nawaz Sharif said that if the price for stopping the theft of the vote he is coming to pay the price.

He said that he had not only attended the 109 hearings but also tolerate the allegations of a traitor. “I have not been punished for misappropriating funds from a government institution,” he said.

He said that the prosecution could not prove corruption against him.

The former prime minister said that the nation should come out and support him. “Do not leave me alone and support me. It will be a new Pakistan,” he maintained.

“Who were those who got changed loyalties of our candidates? Who got allotted the symbol of the ‘Jeep?” he questioned.

Nawaz Sharif said that he has been sentenced just three week before the elections.

“The sentence has exposed all institutions and people who are interfering in politics setting aside their profession,” he said. “It is in their affidavit that they will not interfere in politics. If they are doing son, other institutions should stop them.”

The PML-N Quaid said that the sentence is not from court or judge. “It has been announced from somewhere else,” he said.

He said that it is the Pakistan’s route and he has been adopting it since 1999.