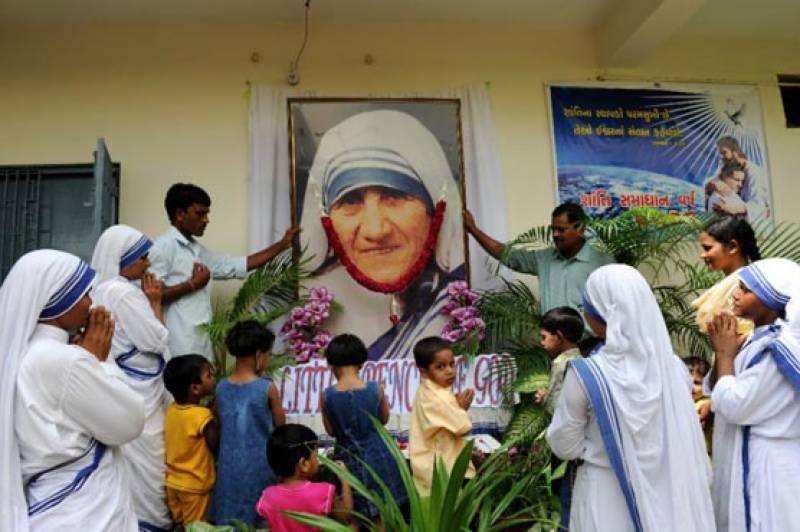 NEW DELHI - An Indian charity founded by Mother Teresa expressed outrage and regret Friday after a nun and an employee were arrested for allegedly selling infants for adoption for potentially thousands of dollars.

"We are completely shocked by what has happened in our home in Ranchi (in eastern India). It should have never happened," said the Missionaries of Charity organisation, set up by the Catholic missionary nun in 1950.

"It is against our moral convictions. We are carefully looking into the matter. We will take all the necessary precautions that this kind of incident never happens again," a statement said.

Police arrested the two suspects at one of the charity’s homes in the capital of Jharkhand state on Thursday following allegations that at least five infants were sold.

The scandal blew up earlier this week after local child welfare authorities informed police about a newborn missing from the home, which is meant to care for unwed pregnant women and mothers in distress.

The staff said initially that the baby was taken by her unwed mother but then police found evidence that the two suspects sold the child to a couple from neighbouring Uttar Pradesh state for nearly $1,700.

The pair were initially charged with human trafficking -- punishable by up to five years in prison -- but police said they could face more charges as investigations widen.

The hospitals where the children were delivered will also be investigated, police said.

For many couples India’s legal adoptions process is cumbersome and some resort to illegal methods, including by paying bribes to charities or hospitals.

Born in Skopje, now the capital of Macedonia, Mother Teresa, canonised as a saint after her death in 1997, became a global symbol of compassion but she was also a controversial and divisive figure.

She remained fervently opposed to birth control and abortion, describing the latter as "direct murder by the mother herself" in her speech accepting the Nobel Peace Prize in 1979.

She was buried in Kolkata in eastern India where she lived most of her life and where the Missionaries of Charity is headquartered. It has dozens of homes and care centres in India and across the globe. - APP/AFP