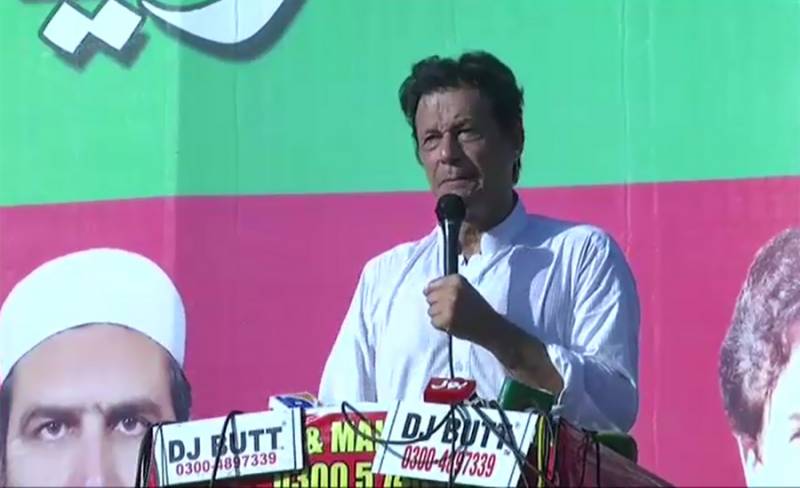 SWAT – PTI chairman Imran Khan has said that Nawaz Sharif has been awarded a big sentence in a big case.

Addressing a public meeting on Friday, he said that he used to repeatedly ask that from where the London flats purchased.

“I entered politics due to both brothers and Asif Zardari,” he declared.

“They became billionaires by making the nation a debtor,” he said.