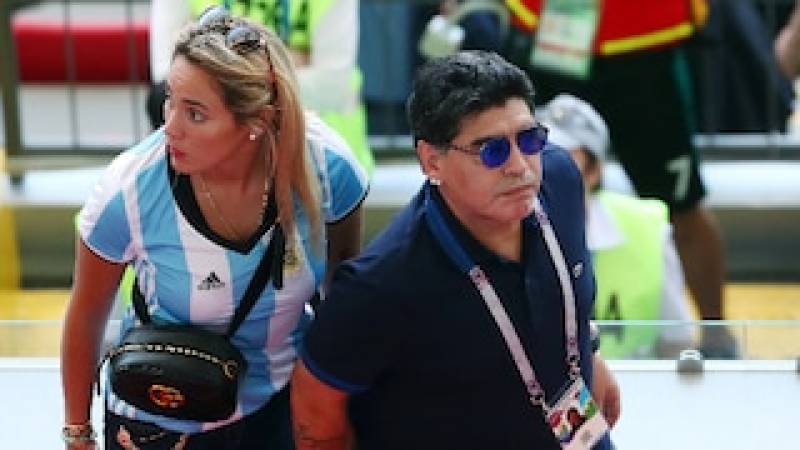 MOSCOW - Diego Maradona has apologised to FIFA and its referees for saying that England's last 16 win over Colombia in the World Cup was a robbery and that referee Mark Geiger was not up to the task.

Maradona said sorry after being rebuked by soccer's governing body following comments he made after England's hard-fought penalty shootout win in Tuesday's game.

"Overcome by emotion in cheering for Colombia the other day I said a couple of things and I admit, some of them were unacceptable," Maradona wrote on his Instagram account.

"My apologies to FIFA and its president (Gianni Infantino); although I sometimes disagree with some refereeing decisions I have the utmost respect for the work - which isn't easy - that the referees do."