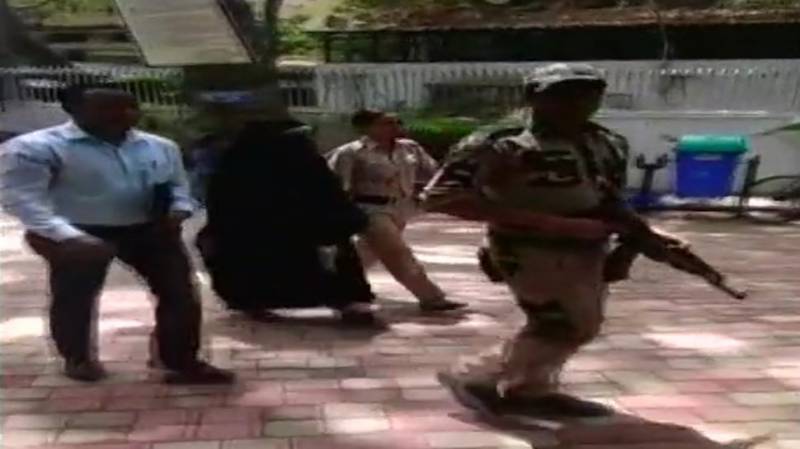 NEW DELHI - Asiya Andrabi, chief of the Kashmiri women's separatist group Dukhtaran-e-Milat (Daughters of Faith), and two of her associates were on Friday remanded to 10-day National Investigation Agency (NIA) custody. She was presented before a special NIA court in Delhi in connection with a sedition case filed against them by the agency.

A case was registered against them in April this year for allegedly waging war against the country and delivering hate speeches in Occupied Jammu and Kashmir. The court allowed the NIA to quiz the three accused till July 16.

The NIA, on directions of the Union Home Ministry, had registered a case against them as well as the organisation, which is banned under the Unlawful Activities (Prevention) Act, 1967, in April this year.

According to the FIR, the "central government has received information that one Aasiya Andrabi and her associates namely Sofi Fehmeeda and Nahida Nasreen are actively running a terrorist organization named as 'Dukhtaran-E-Millat' (DEM) which is prescribed under the First Schedule to the UAPA".

"They are using various media platforms to spread insurrectionary imputations and hateful speeches that endanger the integrity, security and sovereignty of India. DEM through Aasiya Andrabi openly advocates secession of Jammu and Kashmir from the Union of India and has also called for Jihad and use of violence against India," the FIR alleged.

The agency also said in the FIR that Andrabi and her associates had spoken, written and also published "visible representations that bring into hatred and contempt apart from exciting disaffection towards the Government of India".

The organisation, it added, is promoting enmity, hatred and ill-will between different communities on the grounds of religion and is doing acts prejudicial to maintenance of harmony.