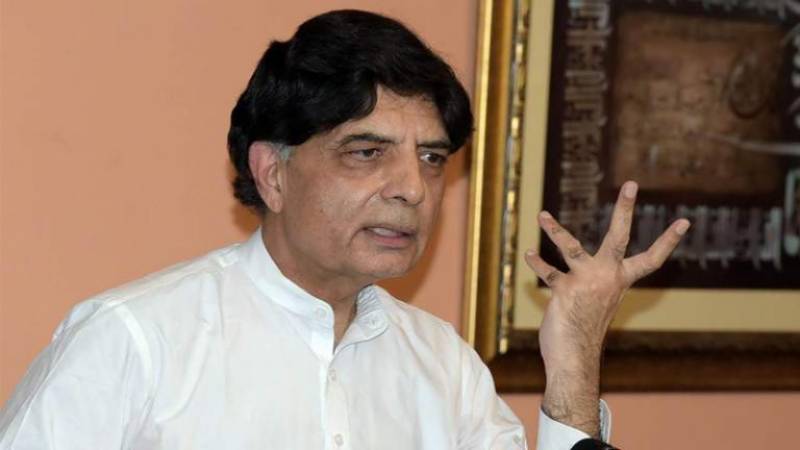 RAWALPINDI – A district monitoring officer for the elections has issued notices to former Interior Minister Chaudhry Nisar Ali and Khan and 15 others for violating the code of conduct set by the Election Commission of Pakistan.

Deputy Commissioner Dr Umer Jahangir, in the show cause notice, has asked the Pakistan Muslim League-Nawaz member why he did not inform the district administration about his public meeting, which was held in Al-Haram City, Chakri Road Rawalpindi, three days prior.

The estranged leader of PML-N is going to contest elections from constituencies NA-63, NA-59, PP-10 and PP-12 as an independent candidate on the electoral symbol of jeep.

Under the ECP rules, candidates and political parties are bound to inform the authorities about their public gatherings in their constituency three days beforehand.

The deputy commissioner also served notices on Tehreek Labbaik Pakistan for holding a rally in Gujar Khan by breaching the code of conduct and asked its representative to submit a reply to the ECP.

Meanwhile, the authorities have barred Rawalpindi Mayor Sardar Naseem from holding a public meeting of the PML-N as he could not take part in electioneering under the ECP’s rules.