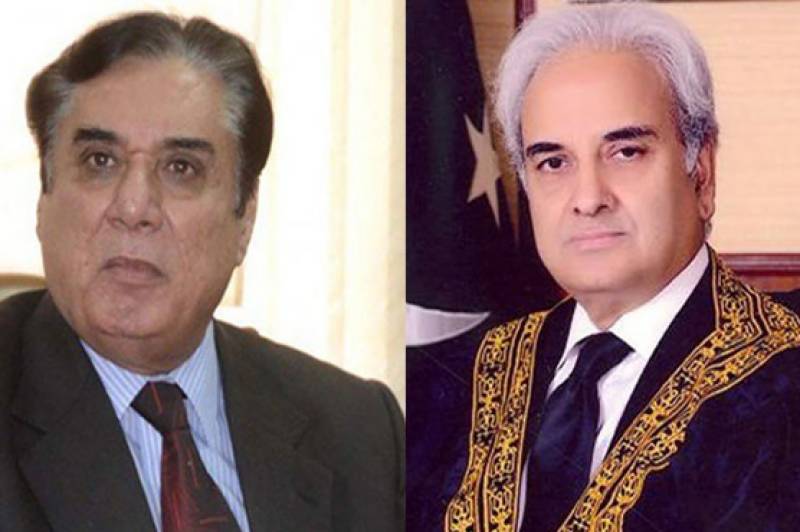 Chairman NAB congratulated Nasir-ul-Mulk on his appointment as caretaker prime minister. He also briefed caretaker PM on the performance of NAB.

Javed Iqbal also informed him about the progress in NAB cases so far. He also discussed with the caretaker PM about NAB’s decision of not arresting any politician till July 25.

Javed Iqbal said that NAB is working impartially and has not issued arrest warrants of any politician.