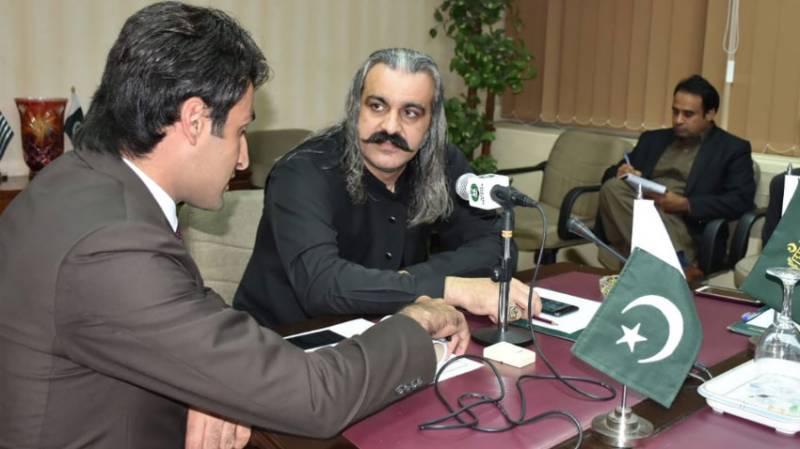 Minister for Kashmir Affairs and Gilgit-Baltistan Ali Amin Gandapur says PTI government is making vigorous efforts for the resolution of Kashmir issue during its five-year tenure.

In an exclusive talk with Radio Pakistan Correspondent Bilal Khan Mehsud, he urged the international community to stand for Kashmiris' birth right to self-determination and get Indian brutalities stopped against the innocent people of Kashmir.

He said Prime Minister Imran Khan, after assuming office, had made it clear that Pakistan wants peace with India and Islamabad will take two steps if New Delhi takes one towards forging tranquility. He said Imran Khan had also said that Pakistan's desire for peace should not be taken as weakness and there would be no talks with India without discussing Kashmir issue as it is our top priority.

The Minister paid rich tribute to Kashmiris' struggle against the oppressive Indian regime for not holding plebiscite as promised under the UN resolutions.