Pakistan's Karachi ranked at 2nd number for Cannabis or Marijuana use in the World
6 Jan, 2019 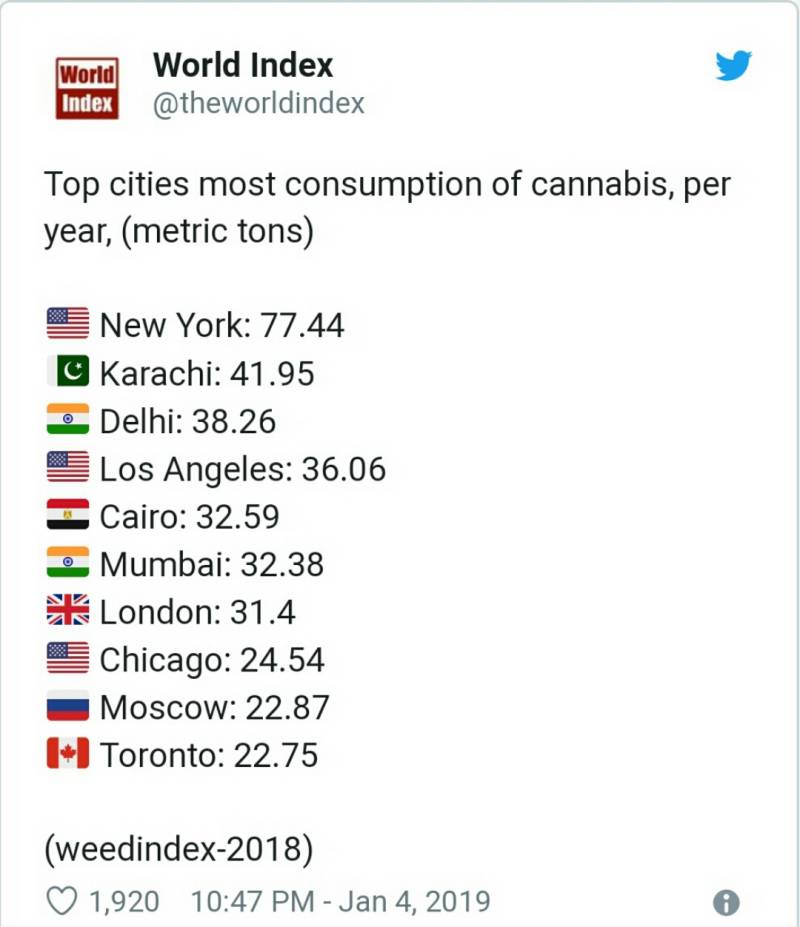 ISLAMABAD - A study has claimed that Pakistan's Karachi was the second largest consumer of cannabis among the 120 big cities of the World.

The Sindh capital has been ranked as the second-largest consumer of cannabis, also known as marijuana or weed, for the second consecutive year.

Top cities most consumption of cannabis, per year, (metric tons)

India’s capital New Delhi, Mumbai, Los Angeles, London, Chicago, London, Moscow and Toronto are placed among the top 10 cities of the world with the highest rate of marijuana’s consumption per year.