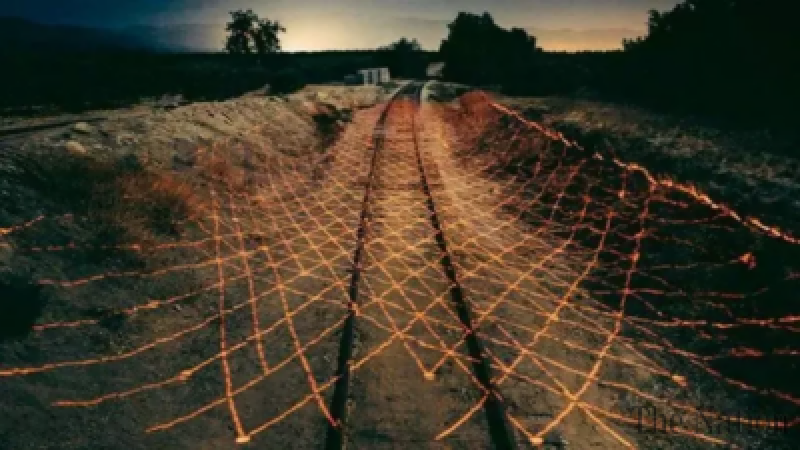 NEW DELHI - India has installed a laser fence system in vulnerable areas along the Indo-Pakistani border as a means of countering intrusions, according to a report by the Eurasian Times.

According to the report, some 40 units of a laser fence developed by the Delhi-based Laser Science and Technology Center (LASTEC) have been installed in particularly vulnerable areas of the border.

The laser fence is made of pillars approximately three meters high, forming an invisible barrier and acting as a signaling device.

"We have electric fencing along the border but the enemies are too smart," an official told reporters, adding, "They have developed chemicals which they spray on this fence to cut at two points to make an entry into India," cited by the Eurasian Times.

He added that the nation's border security force relies heavily on images and video recorded by real-time surveillance systems.

The fence units were presented during a five-day exhibition organized by the Indian Science Congress at the Lovely Professional University. LASTEC specialists disclosed that additional units are now in development that record video both day and night.

In the meantime, Pakistan's Prime Minister Imran Khan criticized New Delhi for not being ready for a dialogue with Islamabad.

Speaking during his two-day visit to Turkey, Imran Khan called the situation "bizarre."

"We are trying to have a dialogue. Trying to move towards a friendly relationship with India. We had a stand-off with India and India refuses to talk to Pakistan under the pretext that until Pakistan stops terrorism, India will not talk to us," Imran said, adding that, "it's a bizarre situation where we feel how you can move forward if there is no dialogue."

In his first interview in 2019, Indian Prime Minister Narendra Modi said that "[Indian] government never opposed dialogue but amid the noise of bombs and guns, the dialogue cannot be heard."

The dialogue between the two nations largely ceased following a 2016 terror attack on an Indian Air Force Station in India's Pathankot, the Policy Times noted. During January 2, 2016, attack, six terrorists killed ten Indian military personnel and wounded 22. The Indian government put responsibility for the attack on the Jaish-e-Mohammed terrorist group, which operates in the mountainous contested region of Kashmir. - Sputnik