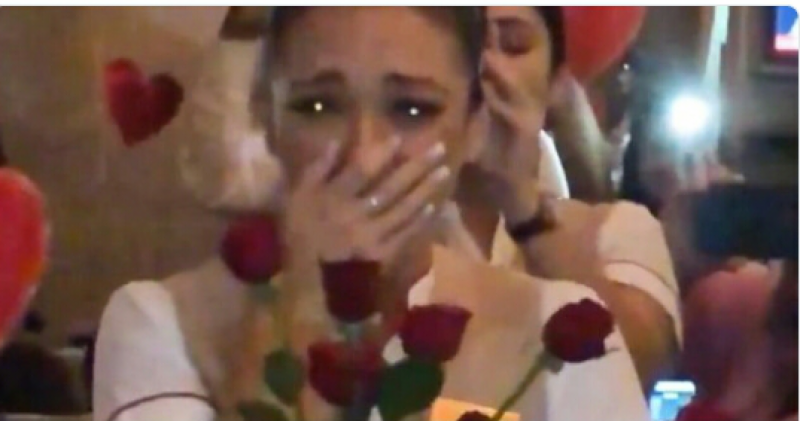 ISLAMABAD - An Emirates flight attendant named Vittoria found out her boyfriend (now fiancé) is an ace at proposing when he got her fellow cabin crew and passengers aboard a flight to help him surprise her.

Stefano, her boyfriend, handed out red roses and pictures of his face to passengers and decorated the interior of the plane with red and white hearts.

When Vittoria opened the curtain and walked into the cabin, she looked shocked at seeing the decorations. She was handed a single red rose and as she looked around at pictures of her boyfriend, she realised what was happening and started crying.

She finally met Stefano in one of the staff areas, who gave her a big hug and got down on one knee. He pulled out a little box containing a huge diamond engagement ring.

When she said yes, the whole plane erupted with cheers and applause.