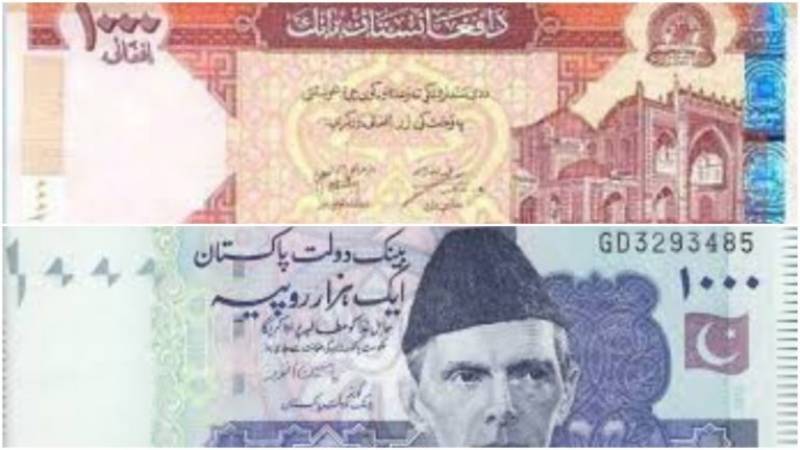 *KABUL - Despite restrictions the Pakistani currency has gone stronger in the neighboring provinces of Pakistan.*

*Afghan currency which is double in value against Pakistani rupee, being exchanged at the same value in business transactions in eastern Paktia province of Afghanistan, Ariana News has reported.*

Local residents said that despite the authorities have imposed restrictions on the usage of Pakistani rupees, the foreign currency still being widely used in the province.

Currently, one thousand Pakistani rupees can be exchanged with 536 Afghanis in the markets; however, local residents said that both currencies have the same value when purchasing the foodstuff in Paktia province.

They said this situation makes them do their transaction in Pakistani currency.

The provincial governor Shamim Katawazai, meanwhile, said that they will soon address the issue by forming a price list for the items in the local markets.

This comes as most of the border provinces in Afghanistan have been under the economic and cultural influence of neighboring countries including Paktia province which located near the Pakistan border in the eastern part of the country.