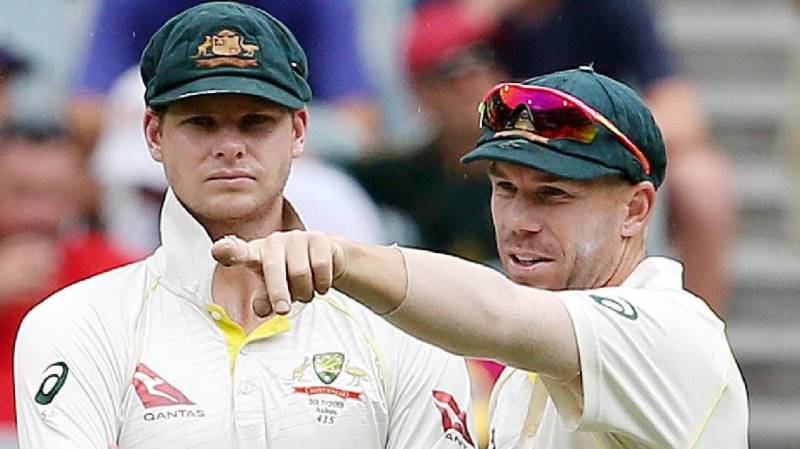 DHAKA - Banned Australian cricketers David Warner and Steve Smith made a low-scoring debut in the Bangladesh Premier League on Sunday, amassing just 30 runs between them as newly-minted skippers in the Twenty20 league.

The duo, who are serving international bans for ball tampering, faced off in the BPL opener in Dhaka, with Smith's Comilla Victorians edging Warner's Sylhet Sixers by four wickets.

Their debut as foreign stars in the lucrative T20 franchise came as Australia's Test cricketers in Sydney stared down defeat against a ruthless India.

Warner hit off-spinner Mahedi Hasan for three sixes in one over at the Sher-e-Bangla National Stadium before a mix-up saw him run out for 14 off 13 balls.

But Hridoy did not respond and both batsmen were caught at the same end as Malik dismantled the stumps.

The third umpire declared Warner out but replays indicated the Australian reached the striking end before his partner ground his bat back to the crease.

"I didn't see what happened. But apparently I was in," Warner said after the match.

"If you are standing behind the camera and you miss a decision like that, I don't know. I can't speak on their behalf of the one who makes the decision. If I wasn't out, I wasn't out. I have to accept the decision."

Smith meanwhile was declared caught from behind for 16 off 17 balls after the Sixers reviewed a not-out decision given by the on-field umpire.

The third umpire had to rely on sound from the bat to make his decision, with no snicko metre or ultra-edge technology available at the Dhaka ground.

Smith had Shahid Afridi to thank for his side's win after the Pakistani batsman struck 39 off 25 balls to elevate Comilla to 130-6 in the penultimate delivery of their innings. - APP/AFP