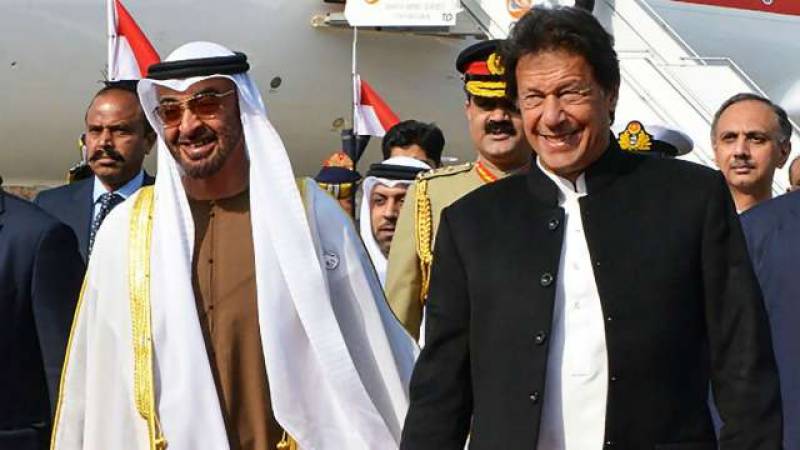 Pakistan, reeling under severe financial crisis, reached out to some "friendly countries" for economic assistance including Saudi Arabia, China and the UAE since Prime Minister Khan assumed office in August.

The Crown Prince, who is on a day-long visit to the country after nearly 12 years, was received by Khan upon his arrival at Nur Khan airbase in Rawalpindi.

He was given a guard of honour and a fly-past during the red carpet welcome.

The high-level delegation will hold talks with the Pakistani side after the two leader's one-on-one meeting.

Pakistan's Foreign Office said the visit is aimed at building on the fresh momentum in ties injected by recent contacts at the leadership level.

Khan visited the UAE twice since August to seek economic assistance to ward off the country's foreign exchange crisis.

Pakistan and the UAE last week finalised the terms and conditions of a USD 6.2 billion support package for Islamabad, the report said, adding that the package is to help Islamabad address its balance of payment crisis.

The report quoted a cabinet member as saying that the UAE package is exactly the same size and has the same terms and conditions as those given by Saudi Arabia.

With the new package, Pakistan will save a total of about USD 7.9 billion on oil and gas imports from the UAE, accounting for over 60 per cent of the annual oil import bill amounting to roughly USD 12 to 13 billion.

This includes about USD 3.2 billion each of oil supplies on deferred payments from the UAE and Saudi Arabia and about USD 1.5 billion trade finance from the International Islamic Trade Finance Corporation (ITFC), it said.

The total financing support from the UAE and Saudi Arabia, including the ITFC's trade finance, is to be around USD 13.9 to 14 billion when cash deposits of USD 3 billion each from the two countries are also included, according to the cabinet member.