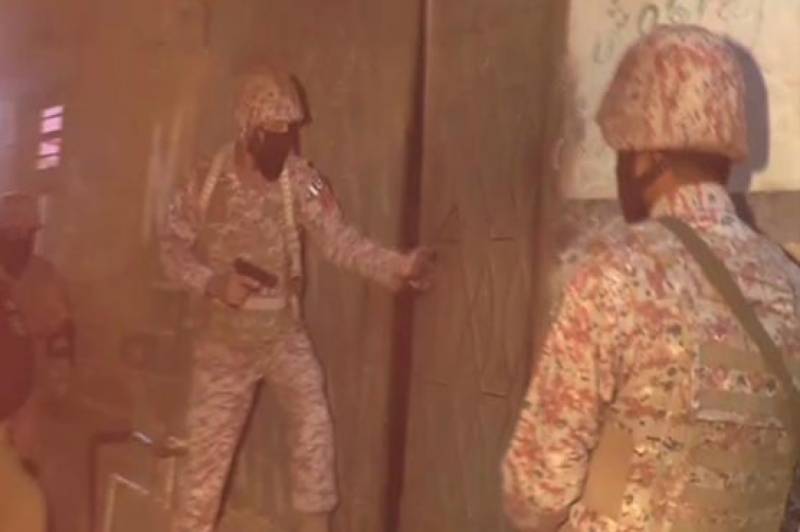 KARACHI – Rangers and police have arrested two most wanted suspects, Aman aka Naresh and Usama aka Marwari, in a joint operation in Karachi.

The accused belong to Lyari gang war’s commander Zahid Ladla and Majeed aka Majna group. The Rangers spokesperson told that the suspects are involved in murders, extortion, drug peddling, robberies and grenade attack.

Aman and Usama also shot dead a man identified as Saddam on November 15, 2020 in a rickshaw. Both suspects have been handed over to police for legal proceedings. Furthermore, raids are being conducted to arrest accomplices of the accused.