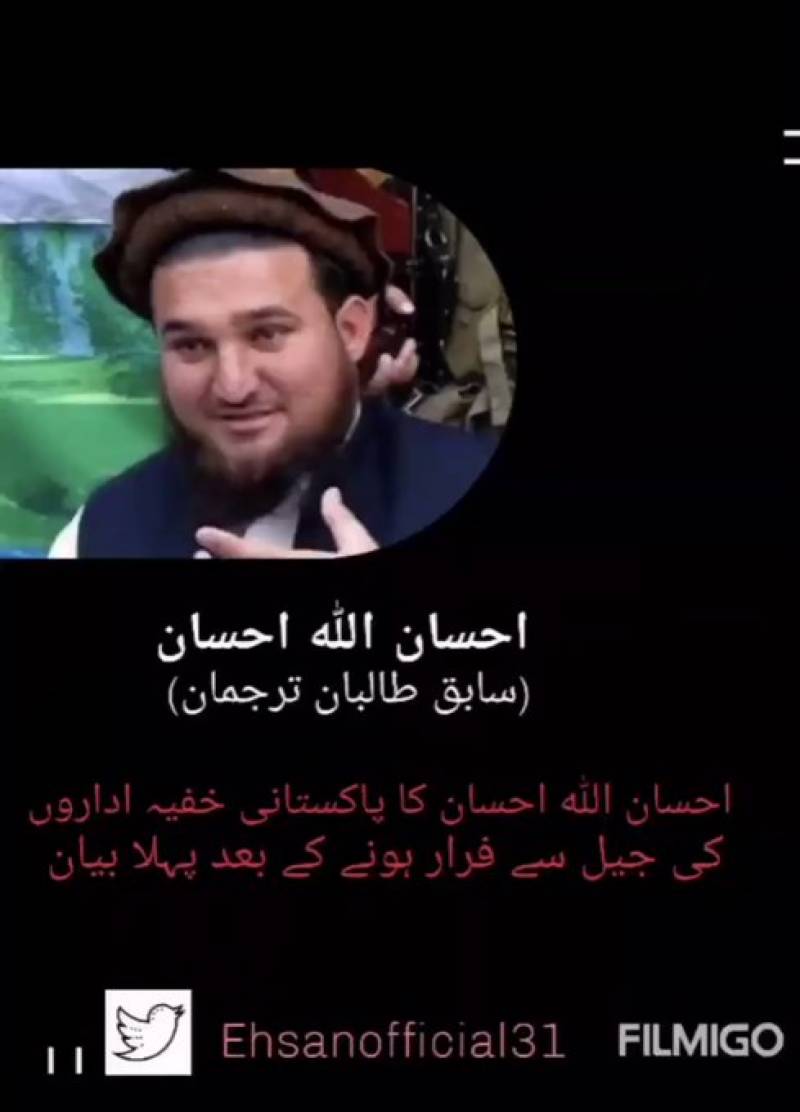 Taking to Twitter link, Former Spokesperson of Tehreek-i-Taliban Pakistan link Ehsanullah Ehsan shared his video message and narrated the whole tale of his surrender before the security officials, arrest and escape from link the jail link.

In the video, he confirmed his escape from link a jail link along with his family link but there is not any official confirmation yet about his escape.

Ehsanullah Ehsan said: “My name is Ehsan and I am former member of Tehreek-i-Taliban Paksitan and Jamat ul Ahrar.

On Feb 5, 2017 link, I handed myself into the hands of Pakistan’s security officials under an agreement link and I kept that agreement link on my part but I along with my family link was detained by the security officials. We faced jail link at least three years with patience but we made a plan to escape and finally we successfully escaped on Jan 11, 2020 link ,”

Threatening Pakistani link Army link and security officials concerned, Ehsan Ullah Ehsan said that he would expose why he entered into an agreement link, who was behind it and what he experienced during the jail link. He threatened link through his Twitter link account that he would expose all link plans of the security officials and many other things he experienced during his detention.