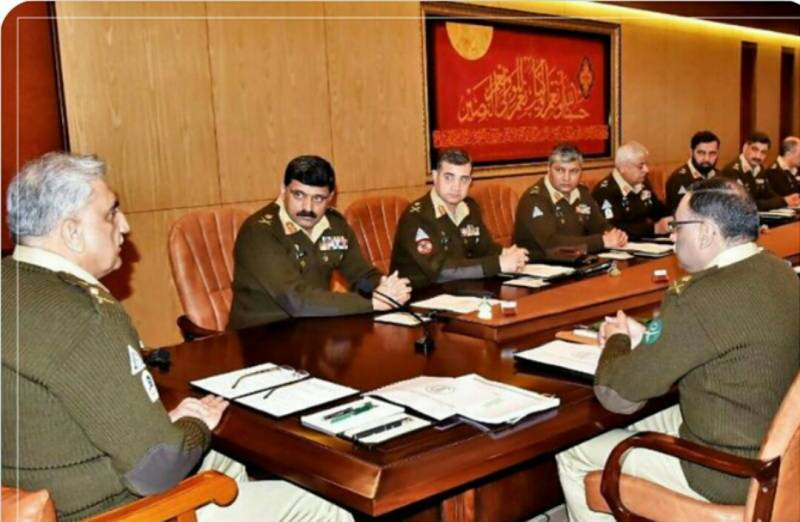 RAWALPINDI: The Corps Commanders Conference on Thursday presided over by the Chief of the Army Staff (COAS) General Qamar Javed Bajwa concluded at the General Head Quarters (GHQ), ISPR reported.

A press release issued by the Inter-Services Public Relations (ISPR) revealed that matters pertaining to the geostrategic environment of the country with special focus on internal security and situation at the borders were deliberated upon.

The Corps Commanders agreed that provocative statements by Indian leadership were irresponsible rhetoric which could have major implications on the region.

It was mutually agreed that the Pakistan Armed Forces are forces of ‘peace and order’ who are fully prepared to thwart any and all misadventure, whatever the cost may be.

The forum paid glowing tributes to the afflicted people of Indian Occupied Jammu and Kashmir who were braving persistent atrocities at the hands of India.

COAS Bajwa said: ” “Repression of Indian occupying forces can never deny Kashmiris their rt of self-determination as promised by UN resolutions. Regardless of the ordeal, their struggle is destined to succeed.”

The CCC was also apprised of the headway made into the ongoing operation Radd-ul-Fassad and progress made thus far, catapulting the country on a positive trajectory and paving the way for long-lasting peace and stability.