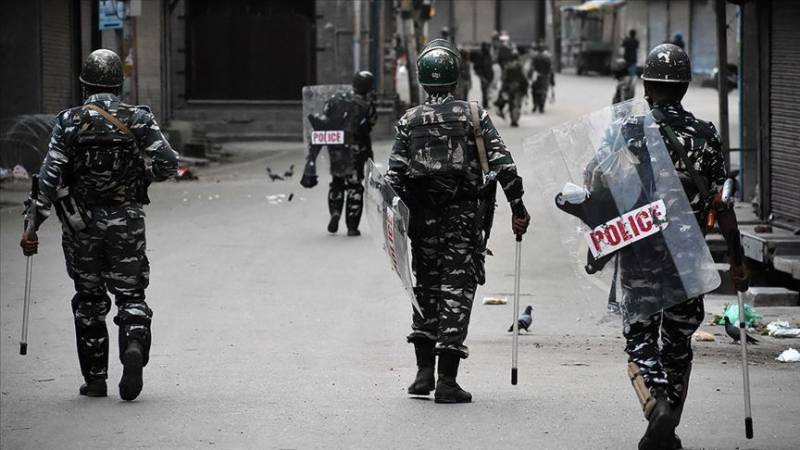 SRINAGAR (AA): Two militants and an Indian soldier were killed in a shootout on the outskirts of Srinagar, the capital of Indian-administered Jammu and Kashmir, on Wednesday, a top police official said.

In a news conference, police chief Dilbagh Singh said the gun battle took place when three militants traveling on a motorbike opened fire on a check post along a busy highway near Parimpora area.

“When stopped, one of the militants got down and opened fire on the soldiers with a pistol,” he said. “We returned fire.”

He said that constable Ramesh Ranjan was killed after being hit in the head from a close range while two militants were shot dead in the ensuing gunfight.

The third militant, the police chief added, who was injured and caught alive, was taken to hospital.

Singh said the militants belonged to Hizbul Mujahideen, Lashkar-e-Taiba and Islamic State Jammu and Kashmir, which showed that militant organizations were still in coordination with each other.

Two pistols and two grenades were also recovered from the deceased, he said, adding that over 20 militants and three security personnel had been killed in 2020 so far.

However, Hamida Bano, aunt of the injured man, Umer Fayaz Bhat, refuted the police chief’s claim that he was a militant.

She said that Umer owns a shop near the shootout site and was injured in crossfire.

The gunfight occurred on the day Pakistan and Kashmiris worldwide are observing Kashmir Solidarity Day, marked on Feb. 5 every year, to extend moral support to people in the disputed region.

This year, the day is being observed in the backdrop of India’s decision to revoke the disputed state’s autonomy.