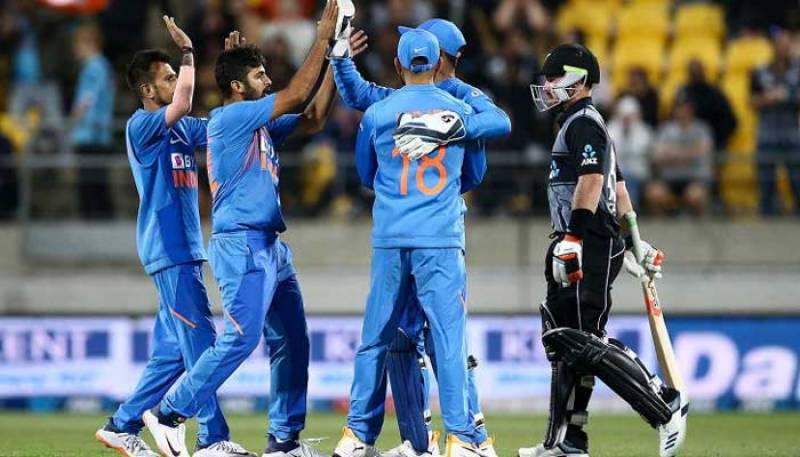 NEW DELHI -;India's players were fined 80 per cent of their match fees after Wednesday's first one-day international against New Zealand for a slow over rate, the International Cricket Council (ICC) announced.

It was the third consecutive match that Virat Kohli's side had been fined for the offence, having been deducted 40 percent following the fourth T20 international against the Black Caps, and 20 percent after the fifth T20I last Sunday, when Rohit Sharma stood in for Kohli as skipper.

Kohli accepted the charge after India's four-wicket defeat in Hamilton on Wednesday.

ICC rules state that teams are fined 20 per cent of their match fees for every over they fall short of bowling in a specified time.

India failed to bowl four overs before the cut-off point as New Zealand chased down 348 to win thanks to Ross Taylor's unbeaten century. -APP/AFP