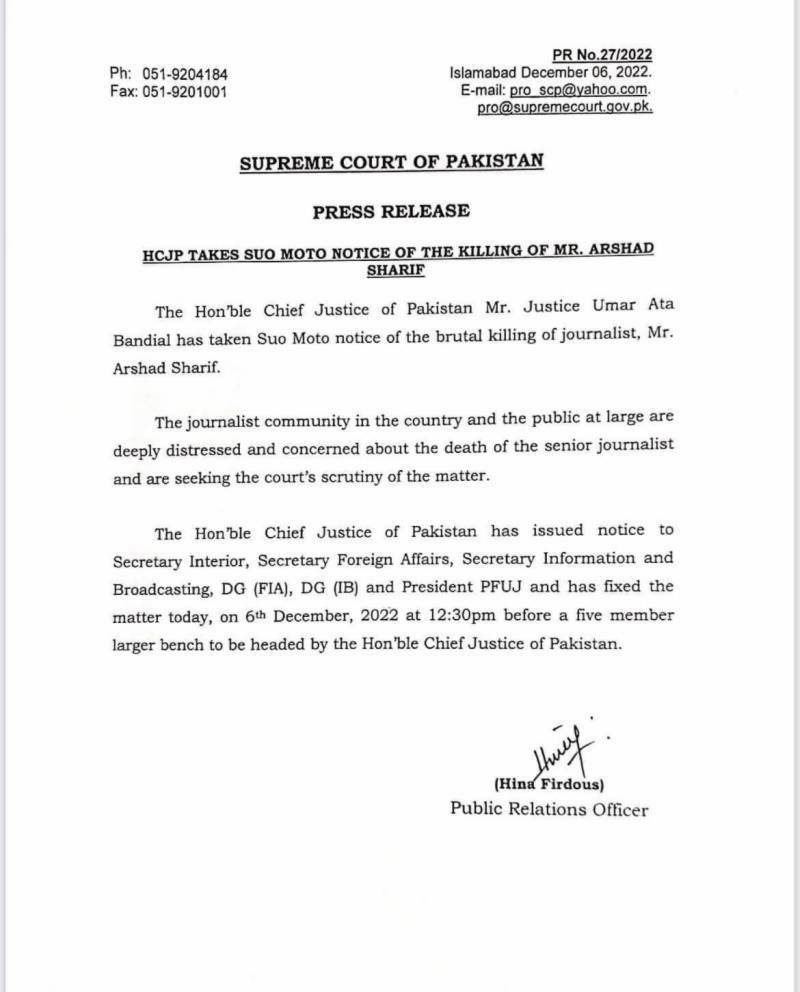 ISLAMABAD – The Supreme Court of Pakistan has directed the incumbent government to lodge a case of the murder of senior journalist Arshad Sharif before today's evening.

Earlier today, the country's top court took suo motu notice of the killing of late Pakistani journalist Arshad Sharif, who was shot dead by Kenyan police in October this year.

The apex court took notice on the recommendation of a judge of the apex court, reports said as a notice was issued to the interior secretary, foreign secretary, information secretary, DGs of Federal Investigation Authority, Intelligence Bureau and journalist union.

A bench led by JCP Bandial will conduct a hearing today at 12:30 today. In a statement, the top court mentioned that the journalist community and the public at large are deeply distressed and concerned about the death of Arshad Sharif and are seeking the court's scrutiny of the matter.