In an irony, slain journalist Arshad Sharif’s mother begs for FIR of her son on her complaint
6 Dec, 2022 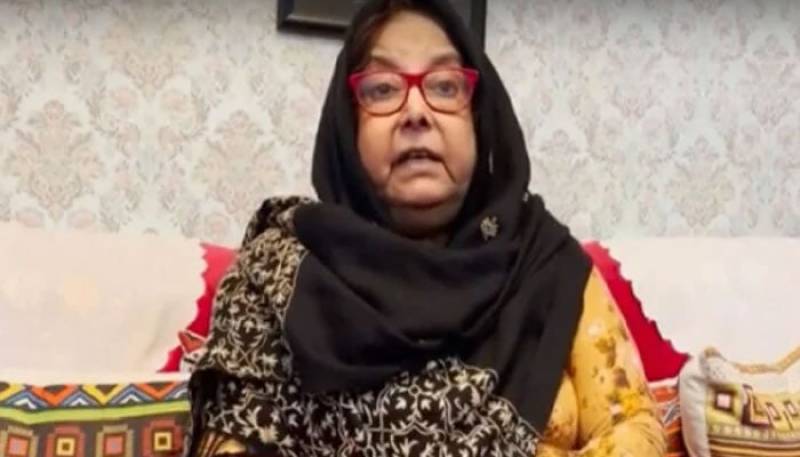 ISLAMABAD: The mother of slain journalist, Arshad Sharif, has urged the incumbent government to register first information report (FIR) on her complaint.

In a statement, Arshad Sharif’s mother – Riffat Ara Alvi – said that her son was murdered and the government should register the FIR on her complaint.

At the outset of the hearing, CJP Bandial asked the additional attorney general of Pakistan, if the fact-finding inquiry committee has returned to Pakistan long ago and why the report has not been submitted to the SC yet.

The report has been finalized and will be submitted to the SC after review by Interior Minister Rana Sanaullah, the AAGP replied to the CJP’s query. Why does he want to look at the report before the submission? Is he planning to change it, CJP remarked.

It has been more than 40 days since the nation is waiting for the inquiry report. The CJP Bandial asked the AAGP to submit the report on Arshad Sharif’s killing today and register the case till evening. Imran Khan pens letter to CJP

In the letter, Imran Khan demanded the chief justice to constitute a ‘free’ judicial commission to investigate the murder of senior journalist.

Thousands of Pakistani citizens have written letters to the Chief Justice of Pakistan, demanding justice for the journalist.