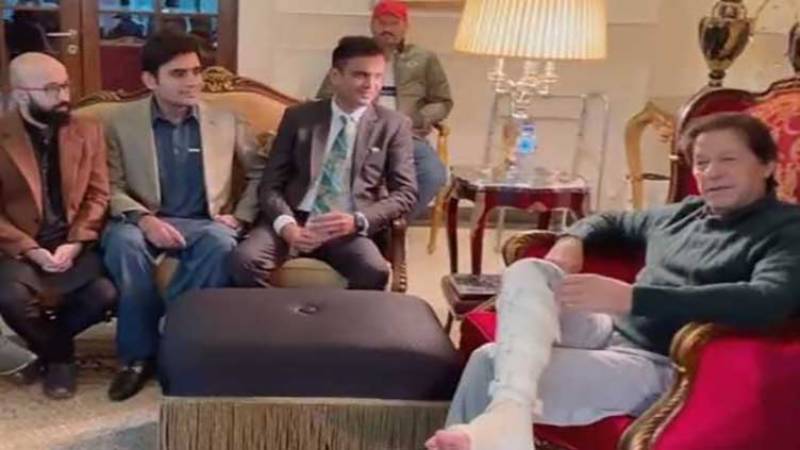 Pakistan Tehreek-e-Insaf Chairman and ex-PM Imran Khan link has said that some members of his party were afraid of the dissolution of assemblies.

Speaking to the current affairs vloggers in Lahore on Tuesday, he directed members of his party members to ignore if they disagree with any statement from coalition partners as they were not limited to our line and length, and we should ignore such talks.

Repeating his mantra, the former PM said that the National Accountability Bureau (NAB) was not controlled by him.

The PTI chairman went on to say that the accountability system will be improved if his party came into power again.

Earlier, Imran Khan link said that giving more relaxation to the incumbent government would be a ‘bad omen’ for economy.