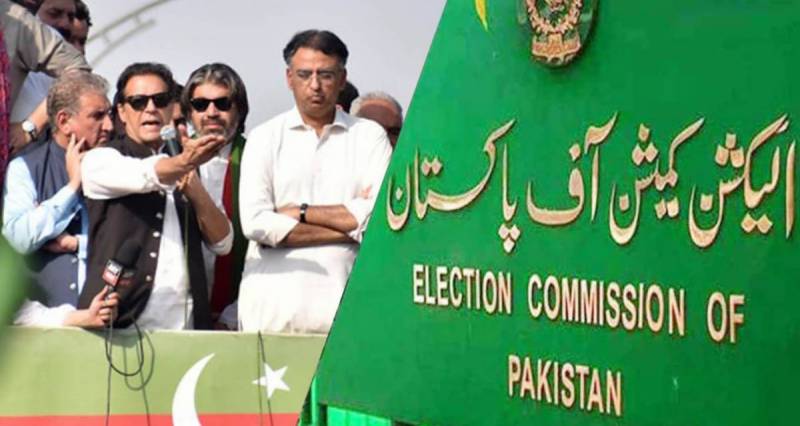 ISLAMABAD – Pakistan’s top electoral watchdog has formally started proceedings to remove Imran Khan from the party chairmanship after his disqualification in the Toshakhana reference.

It was reported that the Election Commission of Pakistan sent a notice to the ousted Pakistani premier and fixed the case for hearing on December 13.

The former ruling party also confirmed receiving a notice from ECP with the party’s secretary general Asad Umar announcing to approach the chief election commissioner to review his decision.

Asad Umar, a close aide of the former prime minister, said ECP would be asked the reason to issue the notice, calling it an 'illegal move'. He also linked removing Imran khan from party leadership to someone’s ‘personal agenda.’

Earlier this year, ECP disqualified cricketer turned politician in the Toshakhana reference and mentioned to proceed criminal proceedings against the PTI chief for misdeclaration.