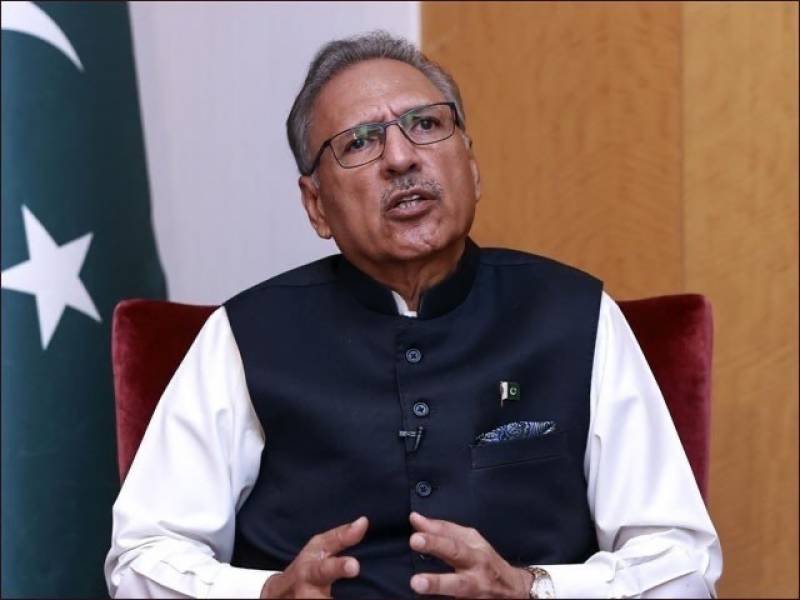 ISLAMABAD – President Arif Alvi has termed speculations about his absence from the funeral of Pakistan Army officers martyred in Balochistan helicopter crash as "unnecessary controversy".

The response comes after reports emerged that President Alvi had expressed intention to attend the funeral prayers but he was stopped by informing him that people were enraged after “PTI launched toxic and negative propaganda about the martyrs”.

The president took to his personal Twitter account to issue the clarification in this regard, a day after the martyrs were laid to rest.

“There is unnecessary controversy on why I did not attend Janaza of the Shaheeds recently. This gives me an opportunity to condemn in unequivocal terms the despicable tweets by those who are neither aware of our culture or our religion,” he wrote in the thread.

“When respect for Shahadat is also present in the Quran, how can we desecrate the memory & the sacrifice of those whom Allah has given eternal life. Like all Pakistanis I have admired the Shuhuda all my life. Since you, the Pakistani people have put me in this office of [amanat].”

Alvi underscored that he has called hundreds of families, attended funerals and visited them to offer his condolences.

"On your behalf, I consider it my duty to do so. The families have been proud, but we all recognise the sad and personal loss in this world," President Alvi wrote.

He said it is especially difficult to condole with families where young children are the survivors.

“When the family members have cried, I have cried. There is no doubt in my mind that Pakistan is safe only because of their ultimate sacrifices. That is what makes me proud of Pakistan."

However, the president did not mention the reason of not attending the funeral of martyrs.