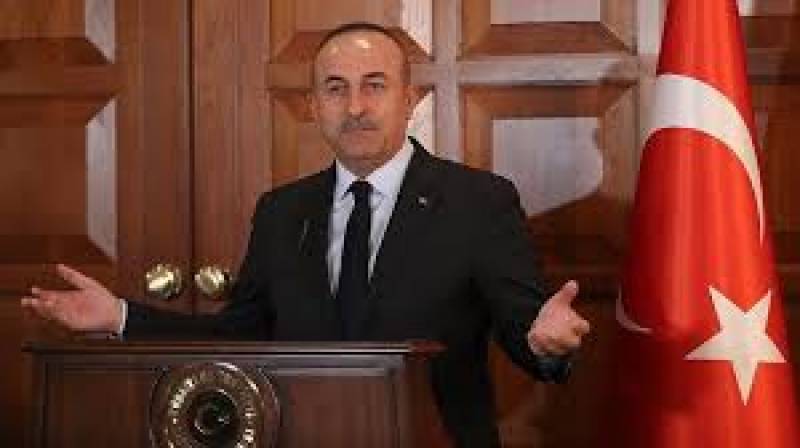 ISLAMBAD- ANKARA,Turkey’s top diplomat is set on Thursday to leave for Libya with his Maltese counterpart for a working visit.

Foreign Minister Mevlut Cavusoglu along with Malta’s Evarist Bartolo will pay a working visit to Libya together, said a statement by Turkey’s Foreign Ministry.

"During the visit, issues on the joint agenda of the three countries will be discussed," the statement added.

Libya in North Africa and the Mediterranean island of Malta are separated by only about 357 kilometers (222 miles).

On Wednesday Cavusoglu paid a working visit to Malta and addressed bilateral relations and as well as regional and international issues.

Libya has been torn by civil war since the ouster of late ruler Muammar Gaddafi in 2011. The government was founded in 2015 under a UN-led agreement, but efforts for a long-term political settlement failed due to a military offensive by forces loyal to warlord Khalifa Haftar.

Turkey has also said that an EU operation to enforce an arms embargo on Libya is ineffective and selective, as it fails to intercept arms from Russia, Egypt, the UAE, and others.(AA/APP)