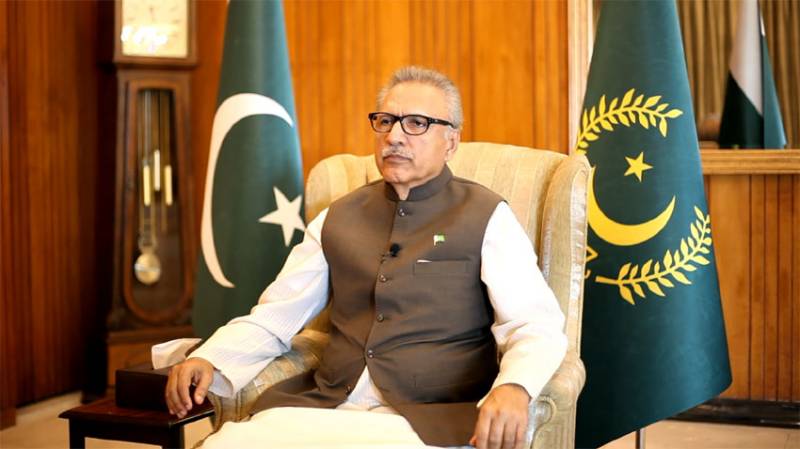 President Dr. Arif Alvi has said that Pakistan remains steadfast in the peaceful resolution of Kashmir dispute and the world peace bodies should play their role in the wake of worsening human rights situation in the occupied Valley.

He was addressing a special 3-D projector event in Islamabad at the lawns of Parliament House, whose building was illuminated in the colours of Kashmir to express solidarity with the Kashmiris.

He said India cannot silence the voice of Kashmiris with its oppressive policies such as changing demography of Indian Illegally Occupied Jammu and Kashmir (IIOJ&K) and genocide.

Speaking on the occasion, the National Assembly Speaker Asad Qaiser said the entire nation stands united in supporting the Kashmiris along with all parties rising above any political differences.

Information Minister Senator Shibli Faraz in his remarks urged the human rights watchdogs to raise their voice for the oppressed Kashmiris at international level.

Kashmir Committee Chairman Shehryar Afridi said the government effectively fought the case of Kashmir and drew attention of the world towards the ongoing brutality in the occupied Valley.