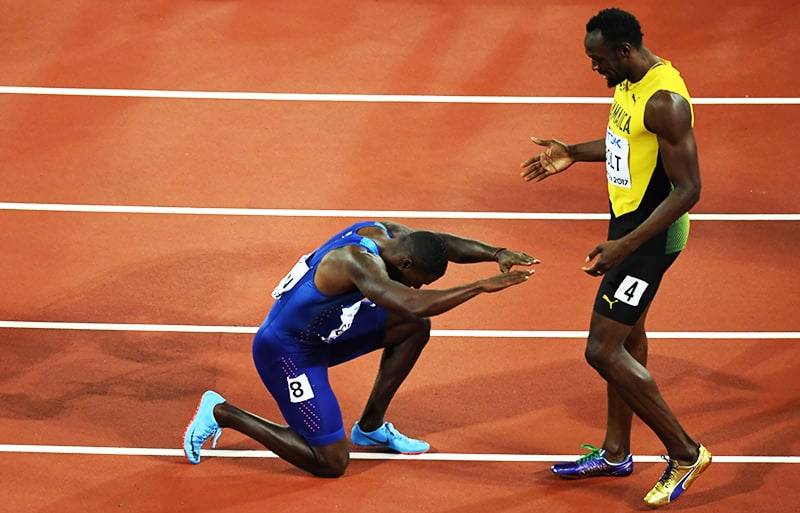 Usain Bolt's farewell party was spoiled by a pair of Americans.

The Jamaican great finished third in his final 100-meter race, with Justin Gatlin and Christian Coleman taking gold and silver Saturday at the IAAF World Championships.

In a tight finish, Bolt was punished for his slow start and Gatlin fought back to nip everyone at the line in 9.92 seconds. Coleman took silver in 9.94 seconds while Bolt got bronze in 9.95.

Because of his doping past, Gatlin was booed in London before and after the race.

It was an amazing turnaround for Gatlin, who was the Olympic champion in 2004 before Bolt emerged and won an unprecedented three straight 100-meter titles at the Olympics.

In between, Gatlin's career was stopped twice for doping suspensions. Yet fighting controversy all the way since, he got perhaps his greatest gold at 35.