Is Government of India at war with Kashmiris
6 Aug, 2016 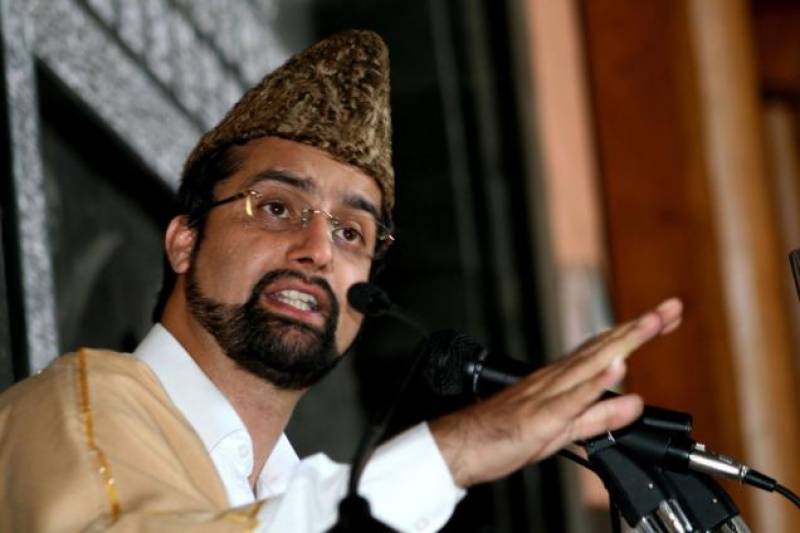 ISLAMABAD (APP): The Chairman of Hurriyet forum, Mirwaiz Umar Farooq has flayed the authorities for foiling Hazratbal Chalo programme of the resistance leadership by imposing curfew and other restrictions and using indiscriminate force.

Mirwaiz Umar Farooq in a media interview in Srinagar said that the people of Kashmir and the Hurriyet leadership had planned for a peaceful rally to pay tributes to people martyred during the past on month and protest against their brutal killing but the authorities sabotaged the programme, Kashmir Media reported on Saturday.

He said that by pushing people more and more to the wall and not allowing them any space to register their protest by using excessive force, the authorities are infuriating the people and deteriorating the situation further. He added that the policies being adopted against the people of Kashmir clearly show that the Government of India is at war with the people of Kashmir.

The Mirwaiz termed the silence of the international community towards the killings and injuring of Kashmiri people for the past one month as one of the worst tragedies of the present times.

"This should not discourage Kashmiri people from carrying forward the ongoing resistance movement and they must keep faith in themselves and the Allah Almighty and remain consistent and steadfast in their fight for right to self-determination," he said.