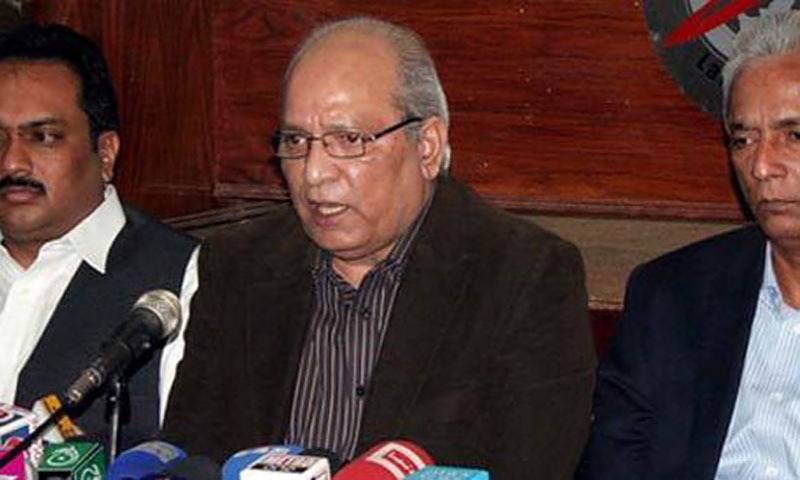 ISLAMABAD (APP): Secretary Information PML-N, Mushahidullah Khan on Friday lambasted Dr. Tahirul Qadri for his 'charity campaign' against democracy and said, he encashes every protest and move against democracy, from his foreign masters.

Speaking at a private news channel program, the outspoken Secretary Information described Qadri a 'paid minion' whose face has been unveiled before the masses for his anti-democratic moves and hurling uncalled allegations for elected representatives.

"Every time he comes to Pakistan, gives a program, plays with the sentiments of innocent masses and rushes back to his destination where he receives benedictions from his masters," Mushahidullah said.

His sit-in and protests are 'money motivated' and his rhetoric is nothing more than pack of lies to exploit the people who are emotionally attached to him in the name of spiritualism, he added.

"He keeps his personal interests supreme least bothering to the pang, his followers - especially the elderly, women and children - who suffer in chilling cold and scorching heat," Mushahidullah said.

He said, Qadri is least interested in justice for those who lost their lives in Model Town, but made the incident a basis for defaming and abusing democracy and political forces.

"What other motives a person can have than to malign political leaders who was rejected by masses in parliamentary politics and does not have a single Councillor even in any union council," he stated.

He said people are aware that how can a person lead such a lavish life abroad, who neither has a business nor any permanent source of income. "It is just charity bestowed to him by those who sponsor his agitation and cannot tolerate Pakistan flourishing."

He said Qadri and Imran had used derogatory language against national institutions including parliament and Supreme Court in their speeches on container.

He said Qadri and Imran Khan are exploiting people for their personal gains. Had they been competent enough, masses could have reposed confidence in them in 2013 general elections and later in Gilgit-Baltistan and Azad Kashmir elections.

"These 'rejected pawns of the political chess board' have left with nothing than to arouse masses' emotions for their survival in the political arena," he added.

He said Imran Khan lacked temperament, competence and genuity to be a successful politician - his slogans are hollow and claims are void. "His failure in KP is a sheer mockery of masses' mandate as his claims to create a new Pakistan dashed to ground after rampant corruption surfaced in KP."

When international financial institutions were praising Pakistan government's strides for economic stability, Imran is playing a useless chorus of corruption against Prime Minister Nawaz Sharif, Mushahidullah said. "But, where are the proofs of corruption, if he had any about any project of the present government. Why he is not moving any court of law. Has he lost confidence in courts and our

He said actually, for Imran only those courts or the legal forums are acceptable that issue verdict in his favor. "I fear, he knows no norms to respect the courts, he knows no political morality and so is the case with him when it comes to self-respect."

Mushahidullah was confident that masses will reject Imran's rhetoric and that of his aide Mr Qadri when they will match their performance and deliverance with the PML-N government.

"Panama papers is a dead issue. Imran should come forward for a comprehensive accountability law than to be a Panama parasite," Mushahidullah said and advised to shun protest-mongering and hampering all time praised economic development.