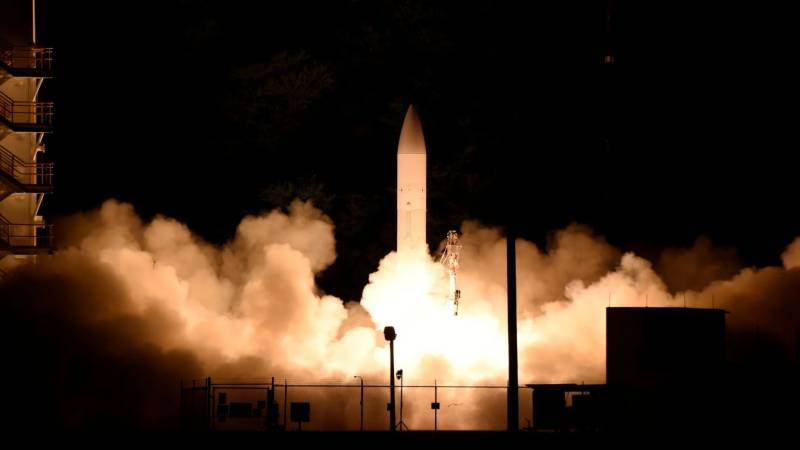 The US link military announced Tuesday a new test of a hypersonic link missile link, as Pentagon officials seek to match or get ahead of China's and Russia's advances in the cutting-edge strategic weapons technology.

The Defense Advanced Research Projects Agency (DARPA) said it had recently completed a free flight test of an aircraft-launched hypersonic link missile link maintained a speed of more than Mach 5, or five times the speed of sound (at least 3,800 miles per hour, or 6,100 kilometers per hour).

The missile link flew to an altitude greater than 65,000 feet (19,800 meters) and soared over 300 nautical miles, said DARPA, the Pentagon's high-tech research body.

It was the second test under the agency's HAWC Program -- named for hypersonic link air-breathing weapon concept -- and the missile link had a different configuration from the first, which was tested last September.

According to CNN, the newest test took place in mid-March but was kept quiet to avoid appearing to escalate the geopolitical tensions surrounding the Russian invasion of Ukraine.

In March 2020, the US link army and navy undertook a joint test of a different hypersonic link prototype. -APP/AFP