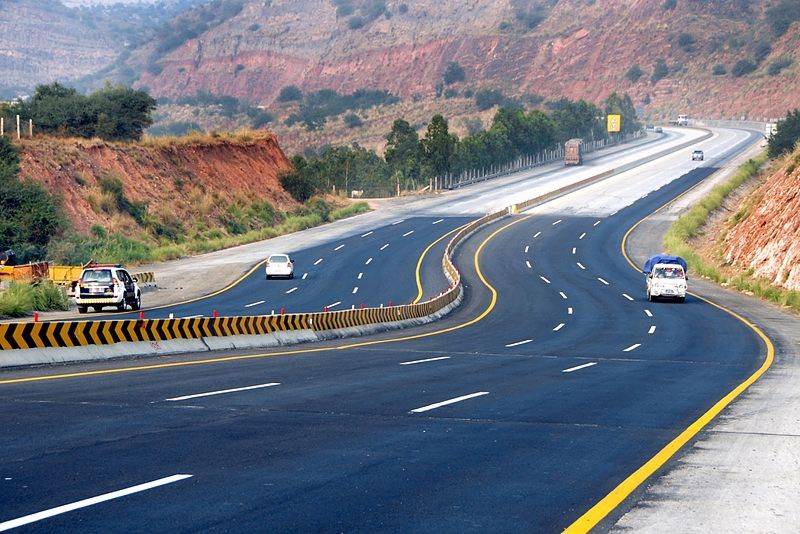 ISLAMABAD: Minister for Communications, Hafiz Abdul Karim on Thursday said that Lahore-Multan motorway would be opened for public in next year.
He said, presently total 13 motorways projects are underway out of which, three already have been completed whereas nine are in different phases of construction. He said this while visiting Lahore- Sialkot Motorway andLahore-Multan Motorway projects alongwith Secretary Communications,Mohammad Sadeeq Memon and Chairman National Highway Authority Shahid Ashraf Tarar to review the pace and standard of the work.
The minister showed his confidence over the project and said that in 2013 the total length of motorways in the country was 580 Kmwhich will be extended with four times increase upto 2400 km, whichwill create a new history in the country.
He said, the progress at Lahore- Multan motorway project is satisfactory and will be inaugurated in first week of April, which is four month earlier than its completion time of August 2018.
He appreciated the efforts of engineers, NHA officers and Chinese Engineers involved in this project. The secretary told that the travelling distance from Lahore to Multan was five hours which will be reduced after completion tothree hours.
He told that a fast paced work is also in progress at Lahore- Sialkot motorway and this will also be completed till August 2018, and for the benefit of the public the eastern bypass from KalashaKaku will also be opened well before the completion of motorway.
He said that presently total 13 motorway projects are underway out of which, three already have been completed whereas nine are in different phases of construction.
The Karachi, Hazara and Hyderabad have been completed and other under construction projects will also be opened for general public till 2018.Earlier, Chairman NHA, Shahid Ashraf Tarar in a briefing about the completion of Khanewal-Multan motorway section told that Gojra, Shorkot and Shorkot- Khaniwal section in also under-construction.
He said that Lahore-Multan motorway will be linked from Abdul Hakeem and the distance from Lahore to Multan is 230 km which will cost 148.6 billion.
He said Sukkur-Multan and Havelian-Thakot motorways are CPECprojects, whereas Sialkot-Lahore Motorways are the projects ofGovernment of Pakistan which will be completed through publicprivate partnership with total length of 91.4 km.
This will cost 43.84 billion rupees, adding, this four lane project was started in February 2017 and will be completed till August 2018.