Dr Amir Liaqat Hussain tenders apology over his remarks on death of Indian actors
5 May, 2020 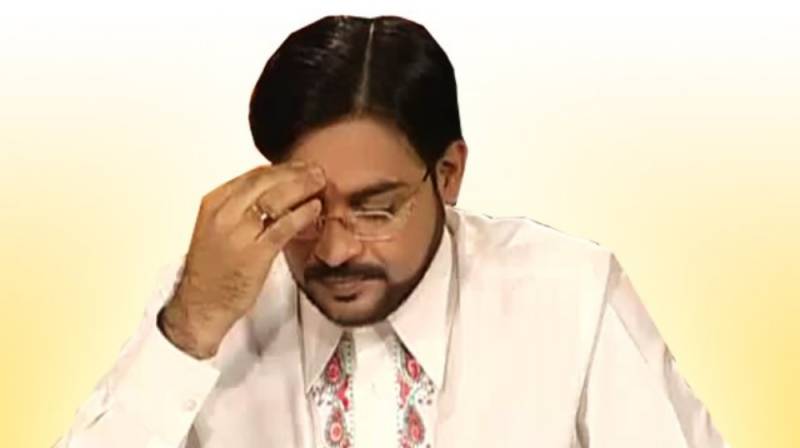 ISLAMABAD - Bollywood lost two great artists in the past few days but Aamir Liaquat was insensitive enough to crack a joke about it. He tried to make up for it by releasing an apology video, which doesn’t sound much like an apology.

As usual Aamir Liaquat is hosting a Ramzan transmission again this year.

Last Thursday, he had Pakistani actor Adnan Siddiqui join him on the show. While talking about Adnan Siddiqui’s career in Bollywood, Aamir Liaquat remarked;

“You worked in Mom and Sri Devi died, you worked with Irrfan Khan as well and he passed away.

Adnan Siddiqui was taken aback the tasteless remarks. He pointed out how this was no joking matter. The *Yalghaar* actor later apologized for appearing on the show with Aamir Liaquat and his ‘*callous act*‘.

“Not only were they both close to me but also as a human it was wrong on so many levels.

I cannot even call it ‘*hitting below the belt*‘ …. I want to apologize to the families of Sridevi Sahaba and Irrfan Khan and their loved ones.”