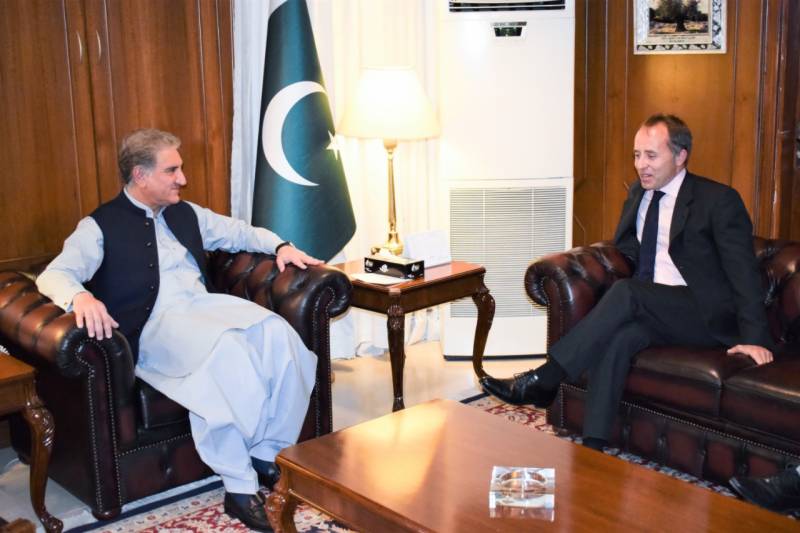 Bilateral relations, security situation in the region and other matters of mutual interest were discussed in the meeting.

The two sides expressed satisfaction over the current state of bilateral relations.

The Foreign Minister raised the matter of displaying anti-Pakistan banners and disrespectful attitude toward Pakistan cricket team during a World Cup match between Pakistan and Afghanistan in England.

He said use of stadium for anti-Pakistan propaganda is worth concerning.

The Foreign Minister said Prince William and his wife Middleton's possible visit to Pakistan this autumn is good news, and the government and people of Pakistan welcome this announcement by Kensington Palace.