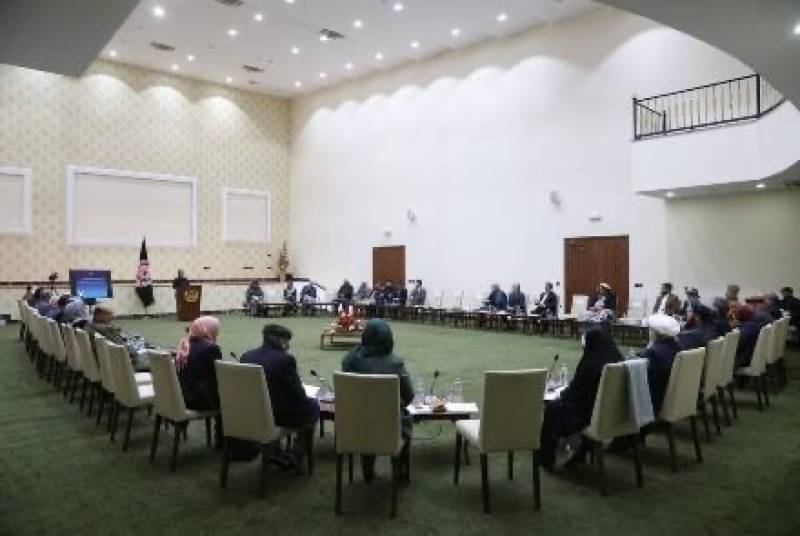 The UN Assistance Mission in Afghanistan (UNAMA) on Tuesday welcomed the return of negotiators to Doha and "looks forward to the speedy resumption" of talks between the two Afghan negotiating teams in Qatar.

The UN says that these negotiations are critical in helping to bring about an end to fighting and to create a "lasting peace."

The negotiators are confronted with some "daunting challenges" and "much work remains," the UN says, adding that but the two teams cooperated well in the historic first round of talks that commenced in September, making "incremental but genuine progress."

“I urge both sides to use this opportunity to move ahead to create the conditions for a reduction in violence that will end further loss of Afghan lives and reach a political settlement that is acceptable to all segments of Afghan society,” said Deborah Lyons, the Secretary-General’s Special Representative for Afghanistan. “A cessation in fighting would create a better atmosphere for talks, provide hope to the people, and allow humanitarian actors to deliver much-needed winter assistance to Afghans across the whole country.”

UN says it will remain in close contact with both parties and, as the Secretary-General said at the opening of the talks in September, stands ready to assist as necessary.

The negotiating team of the Islamic Republic of Afghanistan on Tuesday left Kabul for Doha where they will resume the second round of peace negotiations that are expected to focus on ceasefire and a reduction in violence in the country.

"The leadership committee of the High Council for National Reconciliation on Monday evening met with the Afghan Republic negotiators and discussed the latest developments in the peace process and provided the team clear guidelines for the next round of talks,” said Abdullah Abdullah, head of the reconciliation council.

Abdullah said the Republic’s team has the full support of the nation and has the mandate to discuss the peace agenda.

“We are committed to achieving a lasting peace, and we ask the Taliban to do their part. We are looking for a successful second round,” he added.

He says the top demand of Afghans is a countrywide ceasefire.

Chief negotiator Mohammad Masoom Stanekzai said he hopes that both sides of the negotiations reach a result that represents the demands of the Afghan people.

Stanekzai says Afghans want a permanent end to bloodshed in the country.

Sources said that US special envoy Zalmay Khalilzad is in Kabul for talks with Afghan leaders. Khalilzad met with former mujahideen leader Abdul Rab Rasul Sayyaf in Kabul on Tuesday.