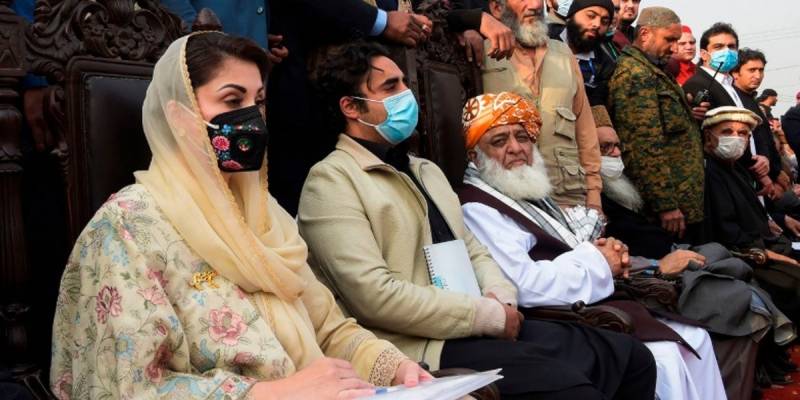 The Pakistan Democratic Movement (PDM) has announced a long march against the federal government on March 26.

After the PDM meeting in Islamabad, Maulana Fazlur Rehman along with Maryam Nawaz, Bilawal Bhutto Zardari and other leaders gave details of the meeting in a news conference.

He said the meeting had decided that “the PDM parties will not compete with each other in the Senate elections and will contest this election together.”

Maulana Fazlur Rehman is chairing a meeting of the opposition PDM in Islamabad to decide the future course of action against the government.

The meeting is discussing the future course of action of the anti-government movement, long march and resignation from the assemblies.

Speaking before the meeting, Maryam Nawaz said that the PDM would decide on resignations from the assemblies or the no-confidence motion.

She further said “Government members of the National and Provincial Assemblies are not with the government that is why they want show of hands in the Senate elections.”

Note that yesterday, the 26th Constitutional Amendment Bill on holding Senate elections through the open ballot was tabled in the National Assembly.