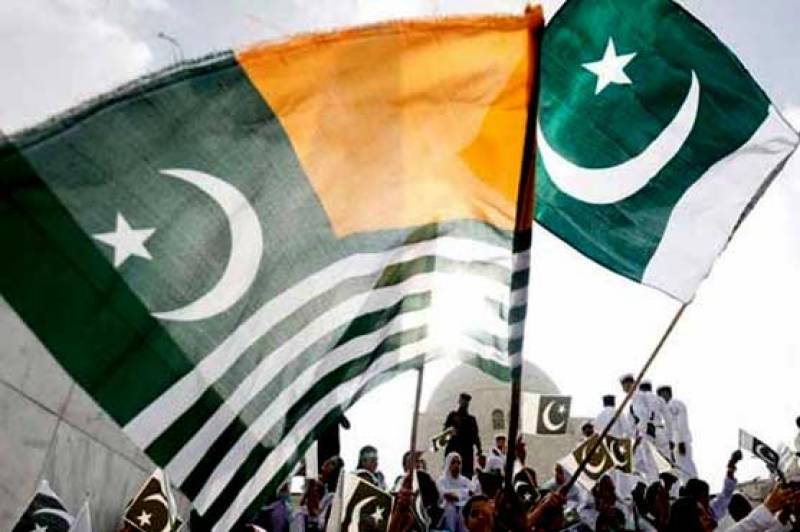 ISLAMABAD – Kashmir Solidarity Day is being observed on Wednesday to express wholehearted support of Pakistani nation to the just struggle of Kashmiri people for their inalienable right to self-determination under United Nations resolutions.

It is a public holiday in Pakistan today to highlight the plight of oppressed Kashmiri people and remind the world community of its obligations towards the resolution of the longstanding dispute.

This time the day is being observed after India revoked the special status of occupied Kashmir in August last year to breach of all international laws, and since then the entire population of the held territory has been under lockdown. The military curfew in the held Valley has entered 185th day.

On the occasion, Prime Minister Imran Khan will address the special session of AJK Legislative Assembly in Muzaffarabad to express solidarity with the oppressed Kashmiri brethren.

Human chains were formed at Kohala, Mangla, Holar and Azad Pattan points linking Pakistan and Azad Kashmir. In the federal capital, the citizens formed a human chain at D-Chowk to express solidarity with their oppressed Kashmiri brethren while sirens were blared in different cities.

Rallies, public meetings, and seminars are being held across the country, including Azad Kashmir to draw attention of the world community towards grave human rights violations and brutalities against innocent Kashmiris by the Indian security forces.

Banners highlighting the plight of innocent Kashmiris have been put on display at all important points and roads all over the country.

President Dr. Arif Alvi and the Prime Minister Imran Khan in their separate messages on the occasion of Kashmir Solidarity Day have reaffirmed Pakistan’s unflinching support for Kashmiri brothers and sisters who have been subjected to an inhuman lockdown and communications blockade for six months.

The Prime Minister Imran Khan in his message said India has turned 8 million Kashmiris into prisoners in their own land through the deployment of over 900,000 occupation troops.

Imran Khan said India stands before the world, exposed as a majoritarian and authoritarian polity, tramping upon the basic rights and freedoms of the Kashmiri people.

He said Pakistan demands immediate lifting of the military siege and communications blackout as well as rescinding of India’s illegal and unilateral actions.

The Prime Minister said all those illegally arrested and incarcerated should be released and the draconian laws enabling impunity to Indian occupation forces be immediately repealed.