American citizen makes most expensive Markhor Hunt ever in the history of Gilgit
5 Feb, 2019 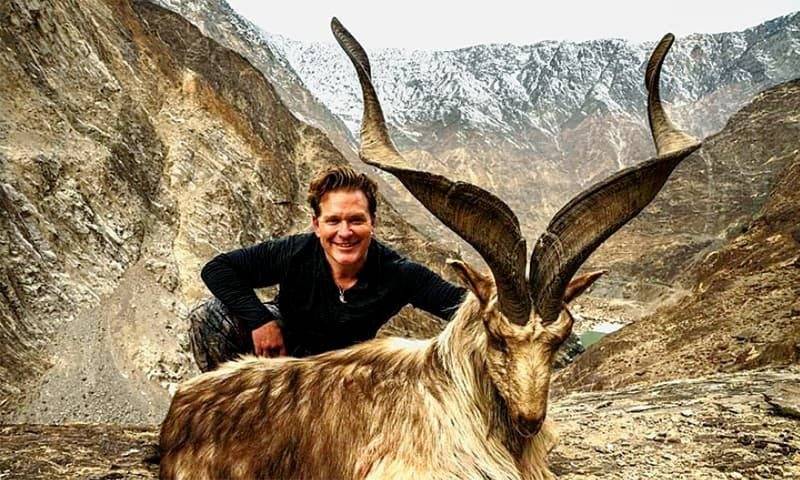 GILGIT An American citizen, Bryan Harlan hunted the highest-rated Astore Markhor here at Sassi valley of Haramosh, under ongoing trophy hunting programme. According to wildlife department of GB, the hunter paid a sum of US $ 110,000 as license fee for hunting. This was most expensive hunt in the history of the trophy hunting programmes in GB. The trophy hunting quota is created on the basis of annual surveys conducted by wildlife experts. The hunting programme was began in 1980s. It is carried out under the Convention on International Trade of Endangered Species of Wildlife and is allowed only in notified areas of GB.