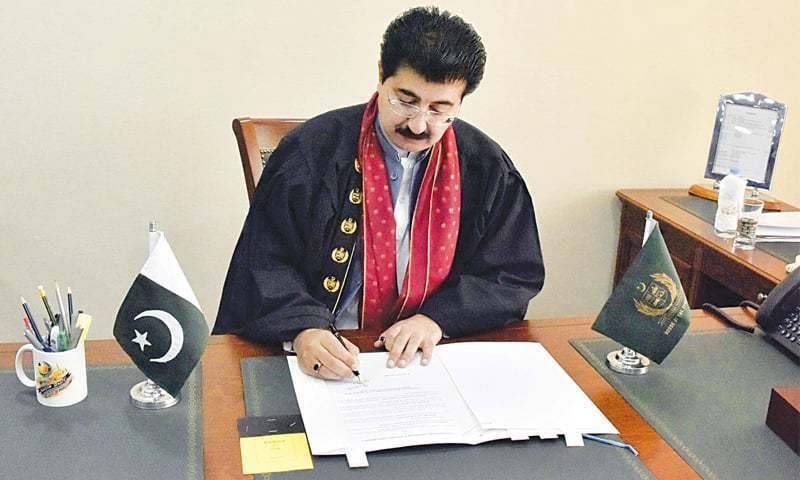 Chairman Senate Sadiq Sanjrani has written a letter to Speakers and Presiding Officers of Parliaments across the world to apprise the international community of prevailing situation in occupied Kashmir and Indian atrocities on innocent people.

In his letter, the Chairman informed the speakers of the LoC violation of Indian security forces in Neelum Valley and firing and shelling on civilian population.

Sadiq Sanjrani urged the international community to play its due role in stopping the Indian aggression in Occupied Kashmir and help Kashmiris get their right to self-determination in the light of UN resolutions.

The Chairman also invited their attention towards Indian state terrorism and the use of cluster munitions in violation of international laws.

The Chairman of Upper House of the Parliament has also decided to hold telephonic contact with speakers of the parliaments of important countries.