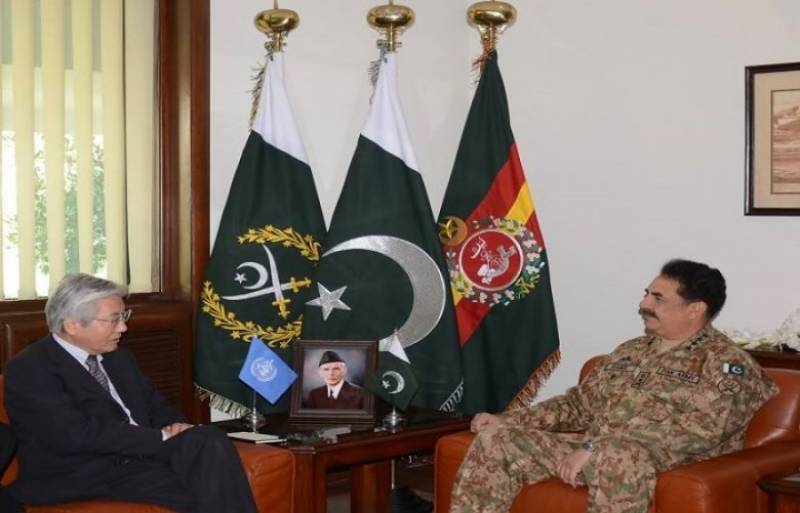 During the meeting, matters related to security situation in

Afghanistan and prospects for peace with particular emphasis on reconciliation process in Afghanistan were discussed, press release of ISPR stated.

The newly appointed UN Special Envoy appreciated successes of ongoing operation Zarb-e-Azb and acknowledged the sacrifices and efforts made by Pakistani security forces for achieving peace and stability in the region.