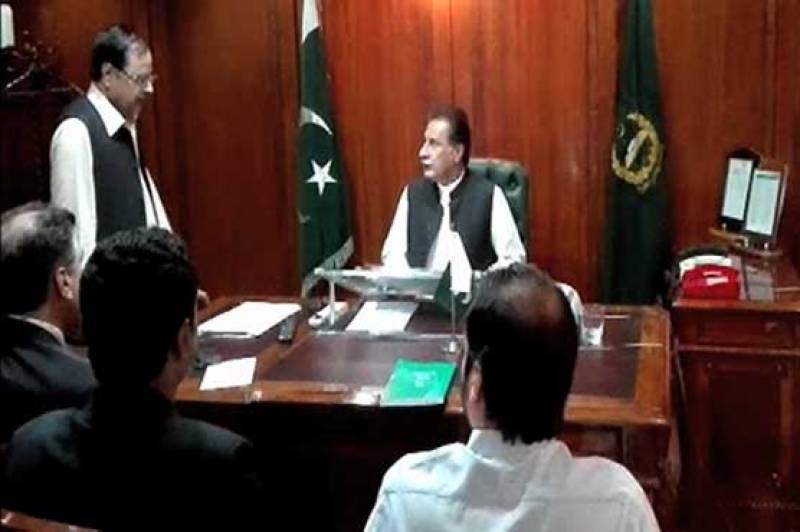 ISLAMABAD: (APP) Pakistan Muslim League Nawaz Leaders Talal Chudhary, Danyal Aziz and Muhammad Zubair on Friday said that they had filed a disqualification reference against PTI Chief Imran Khan under articles 62 and 63 before the Speaker of the National Assembly.

Talking to media outside the Parliament House, Danyal Aziz said reference was filed against Imran Khan with all proofs and they were hopeful Speaker National Assembly would take the issue according to law of the land.

He said PML-N would bring real picture of PTI Chief Imran Khan’s corruption and other issues related to his moral character.

Danyal Aziz said that Imran Khan always criticized every institution adding that he was not mature politician and always tried to blame others in politics.

He said they would prove the allegations levelled against Imran Khan at all forums especially before the nation.

He said that the nation has right to know about Imran Khan and his assets who tried to come in power with agitation and “dharana”.

PML-N MNA Talal Chudhary said that PTI Chief Imran Khan has taken those people in his party who were rejected by the nation and have no moral ethics.

“PTI is basically a gang of looters and plunderers and trying to play with the emotions of the nation at all levels”, he said.

He said that people of the country were supporting Prime Minister Muhammad Nawaz Sharif and Azad Kashmir elections’ result was its clear manifestation.

Talal Chudhary criticizing PTI as a party said a number of ‘ATM groups’ have surrounded Imran Khan and they were busy in completion of their personal agenda.

Imran Khan should face the music and it is not good habit to hide behind women, he said.

He said Imran Khan purchased flat in London through off shore company and did not disclose it till 2016.

He said a large number of those people who got loans from banks written off were sitting with right and left of Imran Khan.

He said under the Constitution a reference can be filed against any MNA before the Speaker National Assembly and they have followed the law in this regard.

PML-N leader Muhammad Zubair said that PTI Chief Imran Khan was not above the law they would expose double standards of Imran Khan before the nation.

He said PML-N would continue its efforts to bring those facts about corruption and Imran Kahn should quit the politics of baseless allegations.