US and West turned out to be main beneficiaries of wars and conflicts in Muslim world, reveals startling report
5 Apr, 2019 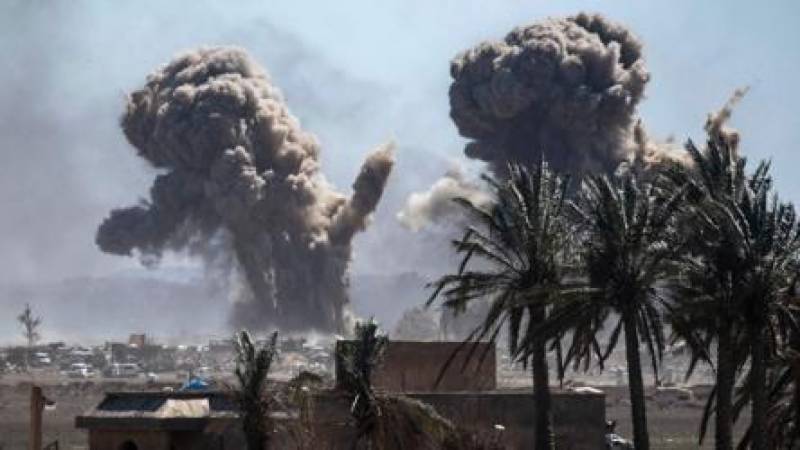 ISLAMABAD -US and West have turned out to be main beneficiaries in wars and conflicts in Muslim world, reveals startling report on Arms sale.

Saudi-Iran tensions, war in Yemen and hostilities between Qatar and a Saudi-led alliance have triggered a phenomenal increase in arms imports to West Asia, according to Stockholm-based arms trade monitor SIPRI.

During 2014-2018, arms sales to West Asia have gone up by 87% as compared to 2009-2013, showed figures released in March by the Stockholm International Peace Research Institute in its fiveyearly report ‘Trends in International Arms Transfers 2018’.

West Asia is the only region that witnessed a rise in arms imports in the 2014-2018 period while the numbers fell in the rest of the world.

Saudi Arabia’s arms imports shot up by 192%, while the figures are even higher for Riyadh’s neighbours. Egypt imported 206% more arms than before, Iraq’s purchases went up by 139%, while Qatar recorded an increase of 225%.

Israel, perpetually locked in a battle with the Hamas, saw its arms procurements shoot up by a whopping 354%. Lesser-known Oman bought 213% more arms than before, while Kuwait’s imports ran up by 348%.

Saudi Arabia’s fight against arch rival Iran for regional dominance; the Saudi-led intervention and war in Yemen; and the diplomatic standoff between Qatar and the UAE-Saudi alliance are the “key reasons behind these increases” in West Asia’s arms imports, the SIPRI report said.