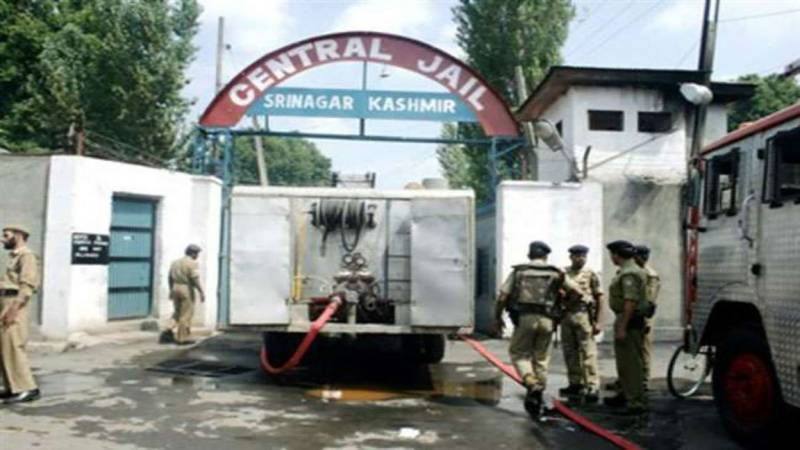 In Occupied Kashmir, protests and scuffle broke out between prisoners and authorities in Central Jail Srinagar.

The protests erupted after jail inmates objected to repair and reinforcement work inside a barrack by the authorities and also the word spread that some inmates are being shifted out of the Kashmir valley.

Indian police and troops used brute force against the protesting inmates, injuring at least two of them.

Meanwhile, three personnel of Indo Tibetan Border Police were injured when their vehicle met an accident in Chawalgam area of Kulgam district today.