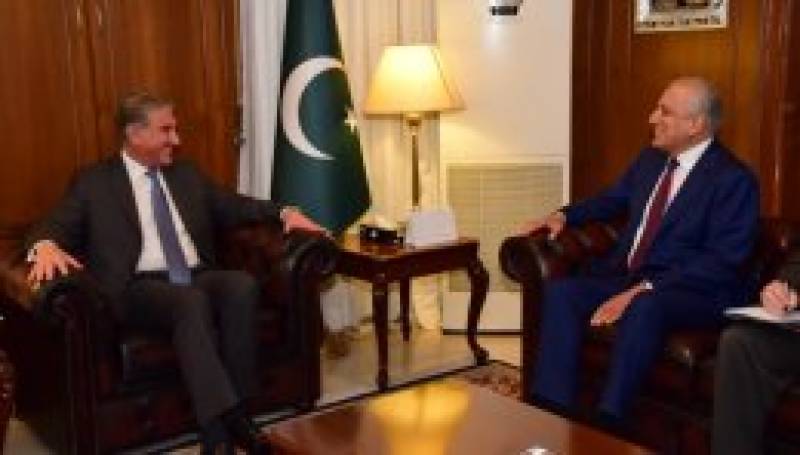 ISLAMABAD: United States Special Envoy, Zalmay Khalilzad has met Foreign Minister Shah Mehmood Qureshi on Friday and both the leaders will discuss the progress on the Afghan peace process.

According to reports, earlier in the day, delegation-level talks between Pakistan and the United States were held at the Foreign Office.

Foreign Secretary Tehmina Janjua led the Pakistani delegation while the American delegation was headed by Khalilzad.

Regarding the delegation talks, Foreign Office spokesperson Mohammad Faisal tweeted, “Tehmina Janjua held talks with US Special Representative for Afghanistan Reconciliation on efforts to promote peace and reconciliation in Afghanistan,”

A day earlier, the US Afghan peace envoy said relations between the US and Pakistan would not improve until Islamabad reconsiders its policies pertaining to Kabul.

According to Afghan media outlet Tolo News, Khalilzad while addressing youth in the Bamiyan, Jawzjan, and Parwan provinces via a video call highlighted that in addition to a potential peace deal between the Afghan Taliban and the US, Islamabad and Kabul, too, shall reach an agreement through which Pakistan would be able to play a more “a constructive role in Afghanistan”