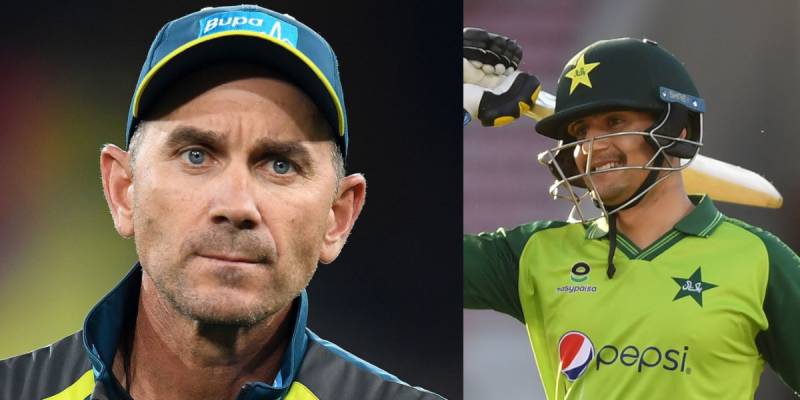 Haider Ali link made 54, becoming the first Pakistan batsman to score a half-century on debut as the Green Shirts beat England by five runs in a last-ball thriller in Manchester on Tuesday.

“He’s fantastic,” said Langer in a conference call from Southampton, where Australia start a three-match T20I series against England.

“Pakistan as we have always known, they are like a sleeping giant. They’ve got so much talent, it’s like India, it’s exciting to watch,” he added.

Haider came in with Pakistan 2-1 after the loss of Fakhar Zaman. He faced second ball of his international career and hit a six to Moeen Ali.

“He [Haider] hit a six off his second ball in international cricket, it’s exciting to watch.”