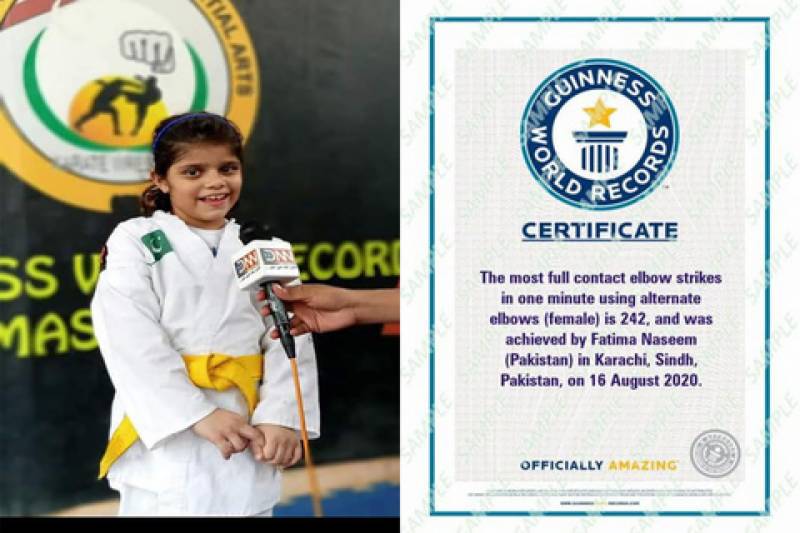 Fatima Naseem has become the youngest martial artist by entering the Guinness Book of World Records.

The young martial artist attempted the record on August 16 and it has been approved by Guinness World Records.

“The most full contact elbow strikes in one minute using alternate elbows (female) is 242, and was achieved by Fatima Naseem (Pakistan) in Karachi, Sindh, Pakistan, on 16 August 2020,” their official website confirmed.

It must be noted here that Fatima is the daughter of Pakistani Martial Artist Rashid Naseem who has achieved over 60 Guinness World Records for the country.

Rashid owns Pakistan Martial Arts Academy which is located in Karachi and overall the academy has achieved 75 Martial Arts records in different categories.