Call for destroying the secret nuclear weapons of Israel
4 Oct, 2020 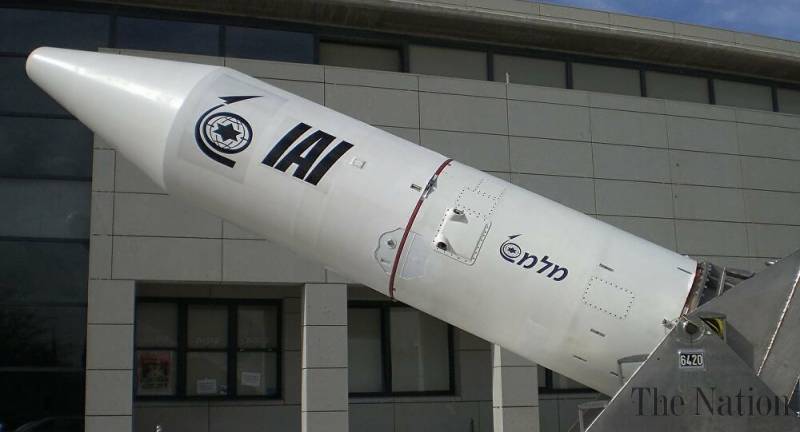 Tehran and Tel Aviv have engaged in a years-long debate about one another’s nuclear intentions, with Israeli officials accusing the Islamic Republic of trying to build up a nuclear arsenal to attack Israel, and Iran countering by pointing out that the Jewish State is the only nation in the Middle East which actually already has nuclear weapons.

Iranian Foreign Minister Mohammad Javad Zarif has appealed to the international community to pressure Israel to join the Treaty on the Non-Proliferation of Nuclear Weapons (NPT) and eliminate its stockpile of nukes.

“The international community must compel Israel – which has aggression in its very DNA – to promptly accede to the NPT and destroy its nuclear arsenal,” Zarif said, speaking in a pre-recorded virtual address to the UN on Friday.

“And given its six decades of deception and clandestine development of nuclear weapons, it must be compelled to submit to the most intrusive inspection regime that law-abiding members of the NPT observe,” he added.

Accusing the US, which he dubbed “the world’s lone perpetrator of a nuclear attack,” of blindly supporting Israel, “the sole possessor of a nuclear arsenal in our region,” Zarif complained about Tel Aviv’s alleged threats to use nuclear weapons against other nations, “all while crying wolf about proliferation.”

The top diplomat also blasted Washington for its own efforts to create new nuclear bombs and lower the threshold for their use, and accused the Trump administration of ‘damaging’ the NPT with its decision to withdraw from the Intermediate-Range Nuclear Forces Treaty with Russia, and the Iran nuclear deal.

Iranian officials have repeatedly accused Israel and the United States of being ‘the two main obstacles’ to the four-and-a-half decade old idea of a weapons of mass destruction-free Middle East. Tehran dismantled its own stocks of chemical weapons in the mid-1990s before ratifying the Chemical Weapons Convention in 1997 (which Israel has signed but not ratified).

Israel maintains a policy of ‘nuclear ambiguity’.Althoughit is thought to have a stockpile of between 80 and 400 nuclear warheads deliverable by aircraft, submarines and the Jericho III intercontinental ballistic missile, Tel Aviv neither denies nor confirms its status as a nuclear power.

Tel Aviv has accused the Islamic Republic of maintaining a secret nuclear weapons programme, and has demanded “paralyzing” sanctions against the country over Iran’s alleged violation of its obligations under the Joint Comprehensive Plan of Action (JCPOA) nuclear deal. Prime Minister Benjamin Netanyahu has also stressed repeatedly that Israel would “not allow” Tehran to achieve nuclear weapons capability, and said Israel would “continue to act methodically against Iran’s attempts to militarily entrench on our borders.”

On Tuesday, at a memorial to Israeli soldiers who died during the Yom Kippur War of October 1973, Netanyahu warned that Israel was “not ruling out a preliminary strike” against Iran, saying Tel Aviv would be “ready to fight” if Tehran tries to establish a presence north of Israel.