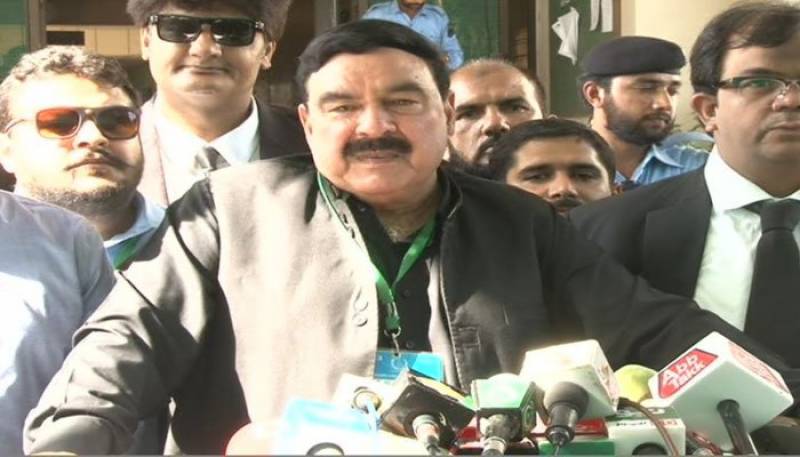 ISLAMABAD: Awami Muslim League leader Sheikh Rasheed Ahmed has rung another alarm bell for Nawaz Sharif after he was elected as the party president yesterday.

Sheikh Rashid has announced on Wednesday that he has filed a writ petition against the passage of Electoral Reforms Bill 2017, paving way for former prime minister Nawaz Sharif to regain chairmanship of the ruling Pakistan Muslim League-Nawaz.

Speaking at a press conference outside Supreme Court, he said that the bill is a violation of Article 62,63; and it was based on mala fide intentions.

“There is no precedent of such bills. It is clear the government has given a message to Supreme Court and army that we don’t accept Supreme Court’s decision,” he said.

The National Assembly passed the Elections Bill 2017. The bill was also ratified by President Mamnoon Hussain. A controversial clause in the bill allows politicians disqualified from holding public office to lead political parties.

Enraged opposition members protested the passing of the bill and tore copies of it after it was presented by Law Minister Zahid Hamid.

Members of the opposition also chanted slogans against Nawaz Sharif.