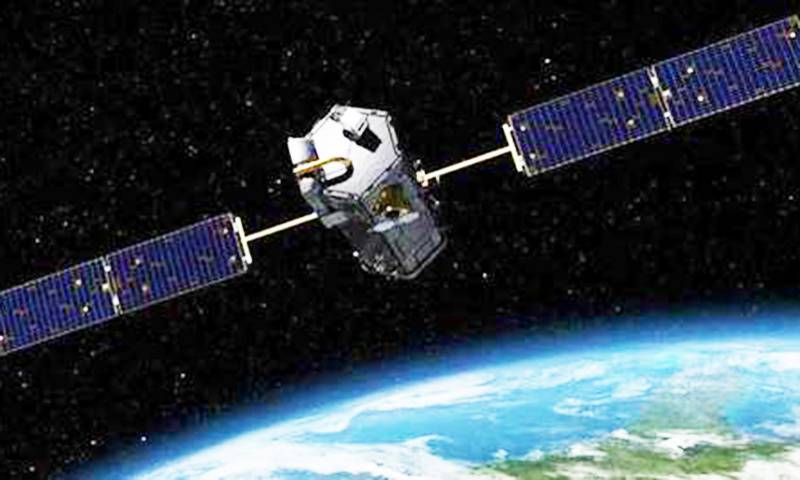 KARACHI: Pakistan’s first optical remotesensing satellite PRSS-1 would be launched in 2018. This was announced in a statement by the Pakistan Space and Upper Atmosphere Research Commission (SUPARCO) on Wednesday.
It said that the World Space Week 2017 commenced on Wednesday and the inaugural ceremony of the event was organized by SUPARCO.

It was held at the Institute of Space Technology (IST) Islamabad. Chairman SUPARCO Qaiser Anees Khurram formally inaugurated the ceremony as chief guest.
At a ceremony which held at National Center for Remote Sensing & Geo Informatics (NCRG) SUPARCO Headquarters, Karachi, Member Range and Instrumentation (R&I), Ayaz Aziz was the Chief guest.
The World Space Week celebrations would be held simultaneously from October 4-10 in 16 cities of Pakistan.Member R&I, Ayaz Aziz in his address said that SUPARCO is proudly associated with World Space Week since 2005 as the national coordinator of World Space Week Association (WSWA) in Pakistan.
`It is our privilege to be among 86 countries throughout the world that celebrates and contributes in the promotion of space science and technology every year, he added.
Highlighting the contribution of SUPARCO on the socio-economic paradigm, he remarked `We have substantially contributed to natural resource management and environmentmodeling through

being served with active crop estimation programme.
7.Risk & Disaster assessment, 8.mitigation and management project are under way’.
He further added that `Our first optical remote sensing satellite PRSS-1 is all set to be launched in 2018 with whichPakistan will become self-reliant in multispectral imaging thussaving a huge foreign exchange on account of satellite imageryand satellite based monitoring of various national projects.
Our communication satellite Paksat-1R is up and running with efficient provision of communication and broadcast services throughout the country and neighboring regions.
Ayaz Aziz said `World Space Week excites young people, especially students to understand our universe and how much it has to offer and encourages them to seek knowledge, education and careers in the fields of Space science & technology’.
The inaugural ceremony concluded with inauguration of the space education bus by the Chief Guest and a team of SUPARCO officials departed to create space related awareness in schoolstudents in rural areas of Sindh.