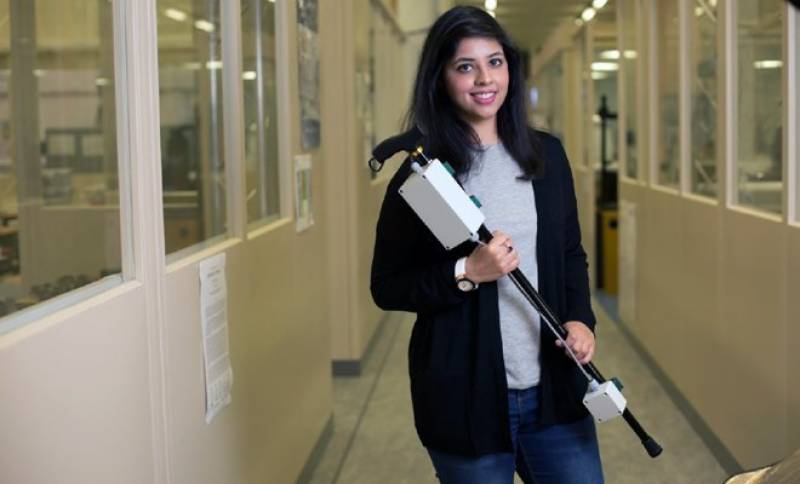 ISLAMABAD: A Pakistani student named Neha Chaudhary is making her name in the medicine and technology industry.

She has come up with a technology to cure patients who are suffering from Parkinson's disease.

Talking to private news channel, she said, while studying in UWE, she has invented a stick, which can be a possible solution to the disease and it can benefit thousands of patients all around the world.

Now what this stick does is that it induces movements in frozen muscles which makes the patient suffering from Parkinson's walk again, she added.

This stick can help 12500 patients of Parkinson's in Britain alone.

Neha explained that the design of the stick has been kept plain and simple. She was interested in doing this because of witnessing it from close.

She invented this after she saw her father suffering from it. Neha also shared that she started this project as her university's final year project, back in 2014.

She said the success of this invention is her biggest achievement so far.

Made of plastic, it is light weighted, very easy-to-carry- around and it makes use of high-tech sensors installed in it. The sensors, thus, activate dead muscles and therefore help the patients to move and walk again.